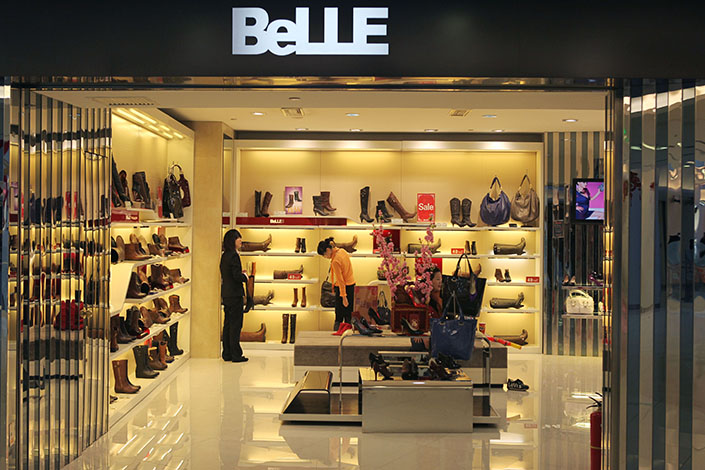 Hong Kong-listed Belle International Holdings Ltd. has announced plans for a privatization valued at $7 billion, which will make it the biggest in the city's history.Photo: Visual China

(Beijing) — Shares of stumbling shoemaker Belle International Holdings Ltd. jumped 15.2% on Tuesday after the company announced plans for a privatization that will be the biggest in Hong Kong’s history.

The deal marks the latest in a steady string of privatizations for China-listed companies in Hong Kong and New York, many believing they can get higher valuations by relisting at home. But unlike most of those, Belle’s move is part of a broader overhaul aimed at ensuring its longer-term survival, as the company’s core business starts to shrink under its current business model.

Under its newly announced plan, a buyout group led by Hillhouse Capital and CDH Investments will pay HK$6.30 (81 U.S. cents) for each of Belle’s shares, representing a 23.6% premium to the average price over the last 10 trading days before a two-week suspension. When trading resumed on Tuesday, the shares rose by more than 15% to finish at HK$6.07.

If the buyout succeeds, the company will become 56.8% held by Hillhouse, with CDH holding 12% and a management group holding the remaining 31.1%. Company founder Deng Yao and Sheng Baijiao, the company’s president of new business, are not a part of the privatization group, indicating they will cease to play a role in the privatized company.

Belle was once one of the world’s biggest shoemakers, and saw strong demand for its shares with its 2007 IPO that priced at HK$6.20 and raised HK$8.7 billion. But the company, which operates a chain of women’s footwear stores and concession counters, has stumbled more recently with the decline of traditional retailing. It tried launching e-commerce sites twice, but each ended in disappointment.

The buyout price would value Belle at HK$53.1 billion, making it the most expensive privatization in the history of Hong Kong’s stock market. Another high-profile delisting in fall saw Dalian Wanda Group’s real estate arm privatize from Hong Kong in a deal valued at HK$34.5 billion.

A person close to Belle told Caixin the company’s intent isn’t to relist in China, but rather to experiment with new business models that can ensure its longer-term survival. The company previously reported that profit for its most recent fiscal year slid 38.4%, marking the first annual decline since its IPO. At the time, company officials said the downward trend was unlikely to reverse in the next two to three years, and that Belle could die a slow death unless it transformed its business model.