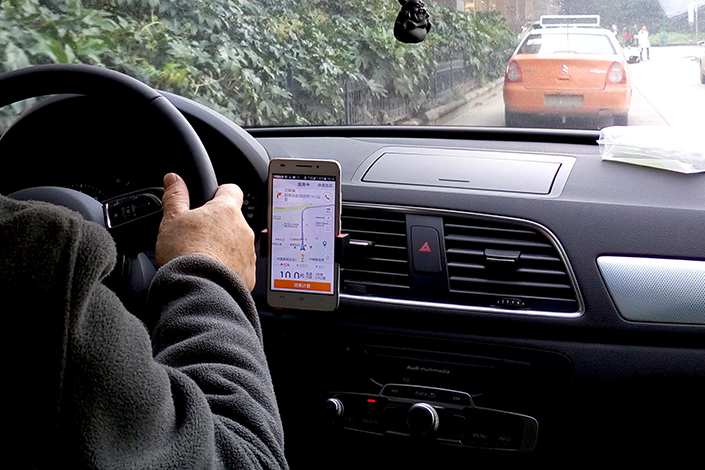 Baotou, in the Inner Mongolia region, has become the first city in China to halt riding-hailing operations within its borders. Above, a Didi employee drives his vehicle in Wuhan, Hubei province, on March 20, 2015. Photo: IC

(Beijing) — One of the largest cities in the Inner Mongolia region has halted ride-hailing operations, including those of market leader Didi Chuxing, a week after protests from taxi drivers blocked major roads.

This is the first time a local government in China has banned the online service since it was legalized nationally in November.

The transportation authority in Baotou ordered ride-hailing firms to suspend all operations in the city because they have “yet to receive transportation licenses as stipulated by law,” the agency said Wednesday on its official WeChat social-media account.

The authority ordered “unauthorized platforms,” including Didi and LeEco-backed Yidao, to cease service indefinitely, reacting to a protest last week from taxi drivers, an incident that was mentioned in a notice published by Baotou transportation police a day before the ban.

Around the same time, a document with the letterhead of the Baotou Transportation Department and addressed to Didi was leaked online, stating: “Taxi drivers have gathered and petitioned, causing a social disturbance because you lack the necessary certifications. … If the situation worsens because you do not promptly cease operations, you must bear the negative consequences.”

Beijing-based Didi received a national operating license in March, giving legitimacy to its online app across China. But new laws stipulate that each ride-hailing company must also negotiate separate transportation licenses with local governments in order legalize operations there.

First-tier cities like Beijing and Shanghai have rolled out stringent regulations that outlawed more than 9 in 10 Didi drivers. Lower-tier cities and towns have been more generous toward online car-hailing, which has boosted employment and forced an overhaul of traditional taxi services.

Analysts believe that local governments’ succumbing to pressure from taxi drivers will send the wrong message, and that the arbitrary decision to suspend services may go against the law. “This is almost like saying, ‘As long as you create some mayhem, your demands will be met,’” said Zhao Zhanling, legal consultant for the Internet Society of China, a government research group. “The government should not take sides with those better at making an outcry.”