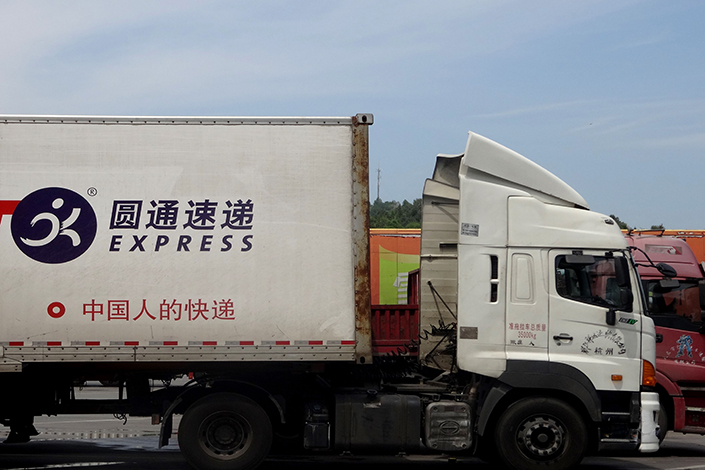 YTO Express Group Co. Ltd. will pay about HK$4.07 per share for 256 million On Time shares, equating to about 62% of the company, according to separate filings by both companies to the Shanghai and Hong Kong stock exchanges on Monday. Shares of On Time were up 1.3% at HK$3.92 midway through the Tuesday trading day, while YTO’s Shanghai-listed shares were up by an even larger 5.6%.

“As (On Time) is principally engaged in the air freight forwarding business and has established an extensive network overseas including Asia, Europe and North America, (YTO) believes that the acquisition of the sale shares would create synergies between (the two companies) which will be beneficial to both parties in developing their business in (China) and overseas markets as well as broadening their income stream,” On Time wrote in its statement to the Hong Kong Stock Exchange.

As part of the deal, On Time will sell down its stake in its South Korean unit and dispose of its Taiwan unit to comply with local regulations in those markets. YTO will also make an offer for On Time’s remaining shares, as required by stock exchange rules, but intends to keep the company publicly listed.

YTO is one of a group of about a half-dozen Chinese parcel delivery firms that have recently raised big cash following a series of IPOs over the last year. The group, which includes names like SF Express, Yunda Express and STO Express, has thrived on China’s booming e-commerce sector that now accounts for about one-tenth of all retail sales. SF became the last of the major companies to go public with its backdoor listing in February, making founder Dick Wong one of China’s wealthiest men.

As their home market becomes saturated, many of the biggest names are looking for opportunities to expand in the global marketplace.