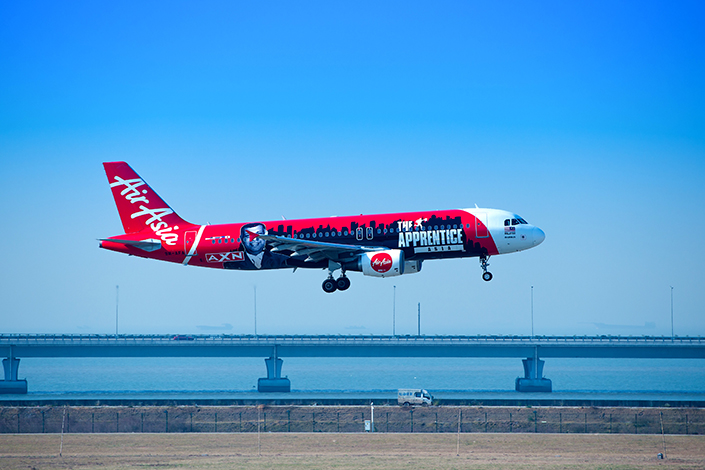 The new joint venture with China’s Everbright Group and the Henan provincial government working group follows a pattern for AirAsia, which typically sets up regionally based affiliates through similar joint ventures with local partners. The new venture will be based in the Henan capital of Zhengzhou, AirAsia said in an announcement on Sunday.

Under their newly signed memorandum of understanding, the venture will also invest in infrastructure at the Zhengzhou airport, including a terminal for low-cost carriers and related training facilities. That plan will also include development of a massive new development zone five times the size of New York City’s Manhattan Island, with industrial, commercial and logistics facilities, the two sides said.

“We selected Zhengzhou for our base because of its strength in logistics and good geographic location,” said AirAsia CEO Tony Fernandes. “As a gateway to the rest of Asia, Zhengzhou is situated at a hub of major rail, highway and aviation networks, and is a key location for the development of western China.

Fernandes called the new venture the final piece in the company’s regional network, which already includes similar ventures in Thailand, Indonesia, Philippines, India and Japan, in addition to its headquarters in Malaysia.

The new venture’s formation marks the latest entrant to China’s budget carrier space, fueled by booming demand for low-cost travel from the nation’s growing middle class. One of the nation’s earliest entrants to that space, Shanghai-based Spring Airlines Co. Ltd., was the first Chinese name to move abroad with its formation of a Japan joint venture in 2013.

Within China, the number of budget carriers has been growing briskly over the last few years. It includes a joint venture between domestic carrier China Eastern Airlines Corp. Ltd. and Australia’s Qantas Airways Ltd., budget carriers backed by traditional names like Hainan Airline Co. Ltd. and Juneyao Airlines, and budget startups like 9 Air.