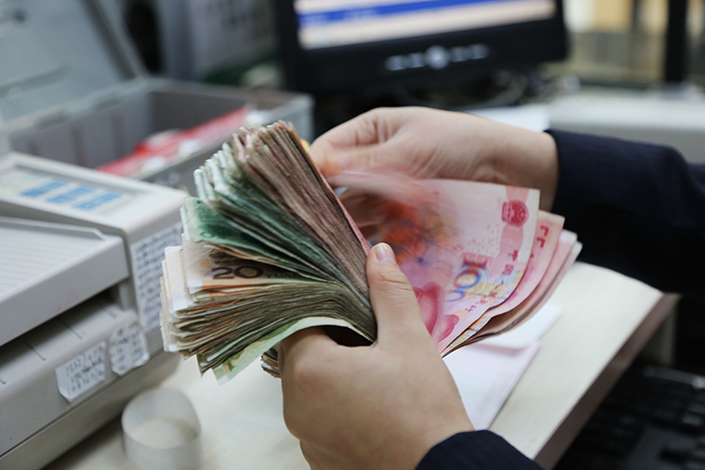 The China Banking Regulatory Commission is reviving proposals to deal with the bankruptcy of commercial banks. Photo: IC

(Beijing) — China’s banking regulator is reviving proposals to deal with the bankruptcy of commercial banks, six years after a previous attempt fell by the wayside as the government renews efforts to clean up the industry.

Rules governing the process will be drafted this year and submitted to the State Council, the nation’s cabinet chaired by Premier Li Keqiang, the watchdog said in a statement that flagged plans for 46 new or revised regulations covering issues including wealth management products and peer-to-peer lending. Not all of the rules will need to be reviewed by the State Council.

The announcement is the latest in a deluge of directives, regulations and investigations made by the China Banking Regulatory Commission (CBRC) since former central banker Guo Shuqing took charge in February.

The new chief threatened to resign if the banking industry “becomes a complete mess,” Caixin reported last month, citing comments he made at an internal meeting of financial regulators.

The CBRC’s move follows President Xi Jinping’s renewed focus in April on reining in financial risks and his call for “concrete efforts” to maintain China’s financial security, which he said was a key foundation for the stable and healthy development of the economy.

The watchdog aims to submit three more proposals to the State Council concerning the regulation of trust companies, financial guarantee companies and illegal financing activities. But an earlier announcement by the State Council shows its legislative work this year includes only a review of the draft rules on financial guarantee companies, indicating that the other three regulations won’t be reviewed this year.

The CBRC first set out its intention to formulate regulations for the bankruptcy of commercial banks back in 2011. At the time, skeptics cited the lack of a national deposit insurance mechanism as a major obstacle to letting any bank go under because the lack of protection could trigger protests by savers who lost money. That barrier was removed in 2015 when an insurance system was established, paving the way for any deposit-taking institution to file for bankruptcy.

China needs a regulation that specifically addresses the bankruptcy of commercial lenders because current legislation is too vague, Gao Fei, former bureau chief of the CBRC’s Jilin province branch, wrote two years ago.

The government started an overhaul of the banking sector back in 1998 with a recapitalization of the four big state-owned commercial banks via a 270 billion yuan ($39.1 billion) bond issue and a subsequent carving out of 1.4 trillion yuan of bad debts from the lenders. It has also merged banks in danger of failing into other institutions but has so far not allowed a lender to go through a proper bankruptcy process.

In 2015, 49 city commercial banks and 20 rural credit cooperatives were consolidated and restructured to form 11 city commercial banks. Many of these banks would have been allowed to go bankrupt had there been guidelines and enforceable standards to make sure they could be wound down in an orderly manner, an executive of a bank familiar with the situation told Caixin. “If they were not on the verge of bankruptcy already, there would have been no need to merge them,” the executive said.

Given the surge in credit since the global financial crisis and the liberalization of the financial sector, concerns have been growing that the steady increase in bad loans and the ongoing economic slowdown could lead to the failure of some banks. Many analysts say the CBRC’s data on commercial banks’ nonperforming loans, which stood at a combined 1.74% of outstanding loans at the end of March, don’t even come close to giving an accurate picture of the severity of the underlying bad debt problem.

The CBRC will announce detailed regulations on wealth management products after the central bank releases its guidelines for asset management plans, Cao Yu, commission’s vice chairman, told Caixin in March, referring to the unified regulatory framework proposed by the People’s Bank of China and the three financial regulators which was leaked in February.

The guidelines marked the first effort by the country’s top-level financial regulators to unify regulations in an attempt to tame the unwieldy 100 trillion yuan asset management industry.