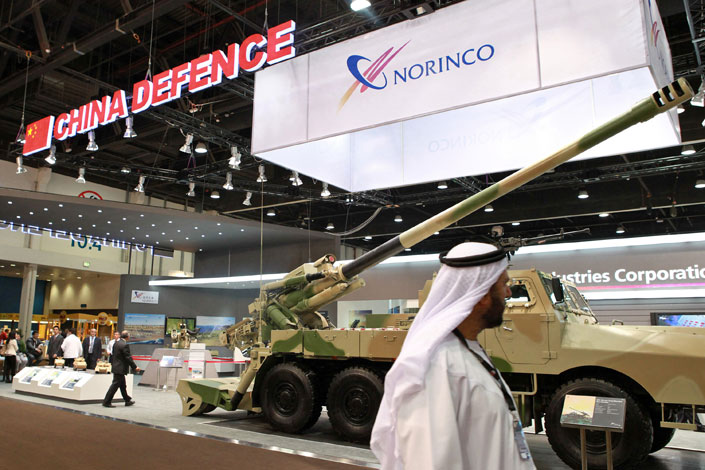 Announcement of the complex comes as Norinco broadens beyond its traditional defense focus with a strong push into energy. Saudi Aramco is also seeking more opportunities in one of the world’s top two oil importers as it tries to raise its profile in advance of a planned initial public offering that could be the biggest of all time.

The new project, located in the city of Panjin in northeastern China’s Liaoning province, will be able to refine 15 million tons of oil and produce 1 million tons of ethylene each year, according to a Norinco statement.

It will be co-built by Norinco, Saudi Aramco and another local property company owned by the Panjin government, the statement said, without specifying the size of the investment.

Norinco has strong upstream oil assets, including 11 overseas oil and gas fields held by its China Zhenhua Oil Co. Ltd. unit. But it is less strong in downstream refining. Its North Huajin Chemical Industries Group Corp. unit has an annual refining capacity of 8 million tons, or only 3% that of Chinese giant Sinopec.

The planned new complex will help stretch Norinco’s production chain from exploration to petrochemical engineering, the group said on its website.

Saudi Aramco is by far the world’s biggest oil producer in terms of both output and reserves. But Saudi Arabia is losing some of its influence in China, where it was overtaken by Russia last year as the nation’s largest crude supplier. As a result, Saudi Aramco is making efforts to reverse its decline in China, according to a report by China International Capital Corp.

Renewed cooperation between the two was first highlighted in March, when Saudi Arabia’s King Salman bin Abdul-Aziz Al Saud Salman met with Chinese President Xi Jinping. The two sides reached a more detailed agreement on refinery building and sales in May during the two-day Belt and Road Forum, which ended on Monday.

The March agreement also includes cooperation in other sectors such as rail transit, power generation, renewable energy, telecommunications, property, logistics and minerals. The new refinery project is the first to be announced under the broader cooperation, according to Norinco.