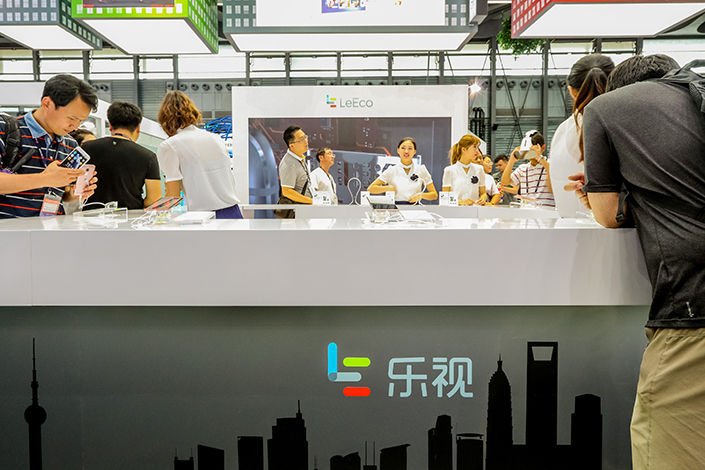 (Beijing) — Cash-strapped technology giant LeEco is planning to lay off nearly half its workers at its China smartphone unit, sources told Caixin, amid reports it aims to slash staff numbers at its U.S. operations from 300 employees down to 50.

The smartphone- and TV-maker, which also operates a Netflix-like video streaming service, has been grappling with fund-raising difficulties and unpaid bills since November. Its financial woes have been exacerbated by its rapid expansion into cash-burning sectors such as sports broadcasting, electric vehicle development and online finance.

Fewer than 1,000 employees will be left at LeEco’s smartphone unit in China after the cuts, two mid-level managers at the company told Caixin without specifying a timeline. Calls from Caixin to the company to confirm the number of layoffs went unanswered.

LeEco’s sports division, LeSport, which won the live broadcasting rights in China for the 2015-2016 season of the UEFA European Football Championships, saw its staff shrink from more than 1,000 to 700 last year, a former LeSport employee told Caixin, saying that the subsidiary would likely continue to downsize. When contacted by Caixin, LeSport did not deny the layoffs, but stopped short of offering specific figures.

Information about the layoffs comes just a day after founder Jia Yueting stepped down from his position as general manager of LeEco’s listed online video unit, LeShi. But Jia remains president of LeEco, and is still in charge of the company’s long-term strategy.

LeEco has also been rattled by the departure of several high-level executives in recent months. The supply chain manager of its smartphone unit Wang Dayong resigned on Friday, according to Phoenix Media, and the unit’s president Feng Xing posted a note on his personal Weibo account on Friday hinting that he was considering leaving as well. Two LeSport executives, Chief Operating Officer Yu Hang and Vice President Zhang Zhiyong left the company in February.

The latest round of layoffs could also affect the company’s U.S. operations, where it plans to lay off more than 300 employees, reducing the headcount to about core 50 staff, Bloomberg reported Tuesday, citing sources familiar with the matter. LeEco entered the U.S. market in October with an array of products including high-definition televisions, phones, virtual reality goggles and electric bikes.

Jia said at a media briefing on Sunday that the smartphone and sports segments were going through a “relatively tough” period. The hardship remains unchanged even after the group obtained nearly 17 billion yuan ($2.4 billion) in funding by selling some of Jia’s shares.

The new funds will be injected into LeEco’s unlisted affiliates, Jia said an earlier statement, without elaborating. The private operations of the group include smartphones, sports broadcasting and the development of electric vehicles.

The company is also undergoing a major internal overhaul. LeEco is considering merging all its privately-held businesses into its Shenzhen-listed unit Leshi and creating a separate entity for the manufacturing of its electric vehicles, Jia said.

Trading in LeEco’s Shenzhen-listed unit has been suspended since April 17.

“All divisions are more or less reducing their staff,” a LeEco employee told Caixin, “Everyone is waiting for the axe to fall. But the job market this year isn’t as good, and many former colleagues have found it hard to find work.”