By Peng Qinqin and Wang Yuqian 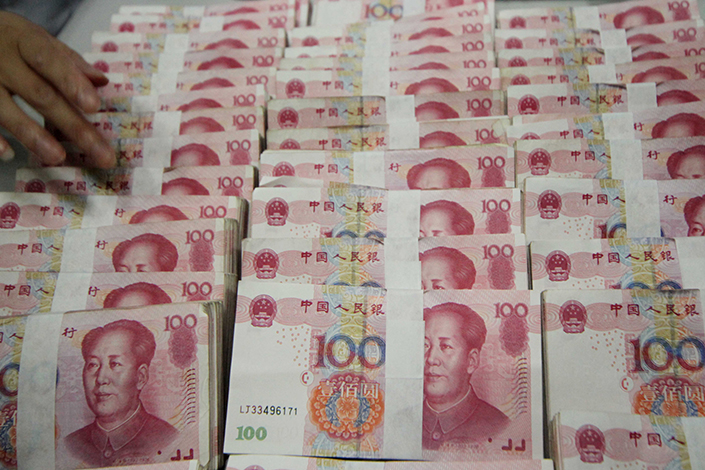 The adjustment, announced yesterday by the currency trading arm of the People’s Bank of China (PBOC), adds a “countercyclical” component to the system of calculating the daily fixing of the yuan’s exchange rate.

The change would help smooth out the impact of investor sentiment that tends to amplify market ups and downs, thus alleviating the so-called “herd effect” that may exist in the foreign currency market, the China Foreign Exchange Trade System said in the announcement.

The PBOC has already taken steps to shore up the yuan amid expectations that it may continue to depreciate as China’s economic growth slows. It has tightened restrictions on capital outflows and strengthened interventions in both onshore and offshore markets to prop up the yuan’s value when investors were saying it should be lower.

The new adjustment would give it more room for maneuvers in trying to keep the yuan’s exchange rate from big fluctuations, said Xiao Lishen, senior research fellow at the Chinese Academy of Social Sciences. The flip side, however, is that it went against the government’s previous goal of making the exchange rate mechanism more flexible and more market-oriented.

“Now that the emphasis has fallen on stability, flexibility may be bound for further weakening,” Xiao said.

Analysts say the PBOC had quietly tweaked the pricing mechanism before it announced the change. “To some extent, the adjustments may have already taken place,” the China International Capital Corp. said in a research report.

The investment bank said it reached the conclusion based on the fact that the actual yuan fixing rate over the past few weeks had been consistently stronger than what it would have been if it were determined according to the old formula, which took into account only the closing price of actual trading in the previous day and the relative changes in the yuan’s value against a basket of other currencies.

The deviations indicated the formula had been tweaked already to account for a third factor, the report said.

Research by Shenwan Hongyuan Securities also indicated that the central bank had been guiding the yuan’s value up using a new mechanism. From May 15 to 25, the fixing rate showed the yuan’s value consistently higher than the previous day’s spot closing price by an average of 212 basis points, but movements in the value of basket currencies served to explain the gap on only two days during the period, the securities firm said in a report.

“We believe the recent strengthening in the yuan’s fixing rate was related to the central bank adjusting the pricing mechanism and reducing its connection to the previous day’s closing rate in order to keep the yuan’s fixings strong when the dollar is weakening,” the report said.

The factor would be dynamically adjusted to make the yuan’s fixing better reflect the fundamentals of the Chinese economy as well as the supply and demand in the foreign exchange market and changes in the values of a basket of foreign currencies.