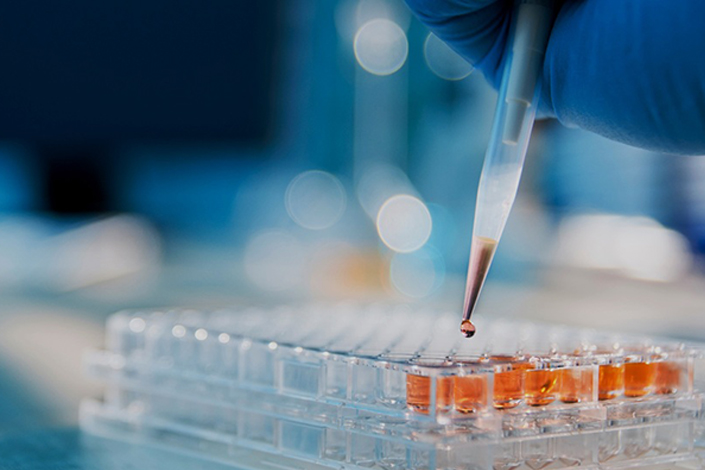 WuXi Biologics is among a new generation of drug makers cashing in on rapid growth in China’s healthcare system. Photo: WuXi Biologic

(Beijing) — Two Chinese medical companies have filed for separate listings in Shenzhen and Hong Kong, in deals that could raise up to $1.5 billion combined as the pair seeks to capitalize on a boom in demand for high-quality products and services.

The larger of the deals would see Shenzhen Mindray Bio-Medical Electronic Co. Ltd., which de-listed from New York last year, raise up to 6.63 billion yuan ($975 million) through an offering in Shenzhen, according to a filing with the Chinese securities regulator last Friday. The second would see WuXi Biologics (Cayman) Inc., one of China’s top biotech firms, raise up to HK$4 billion ($514 million) through a listing in Hong Kong, according to a filing to the Hong Kong stock exchange on Wednesday.

Both offerings could get strong receptions from investors keen to buy into some leading private sector names in China’s medical sector, which is growing rapidly as Beijing builds up a national system of hospitals and clinics. That network is aimed at providing basic care for the nation’s 1.3 billion people under a market economy, replacing the older socialist-era system where people received care through their state-owned work units.

“The offerings are in an area, health and drugs, that the government needs to develop, and I suspect they’ll both be warmly received if the valuations aren’t too crazy,” said Ryan Roberts, an analyst at MCM Partners.

Besides involving private-sector medical companies, each of the deals is noteworthy for other reasons as well. Mindray’s case involves the first traditional IPO in China among a wave of similar companies that de-listed from New York over the past two years with hopes of getting higher valuations back at home.

According to its regulatory filing, Mindray would sell about 1.2 billion shares, or about 10% of its total, to raise the 6.63 billion yuan target. That would value the company at about 66 billion yuan, or nearly $10 billion, if the shares price at the top of their range. By comparison, Mindray was valued at about $3.3 billion — or just a third of the potential new valuation — when it privatized from New York last March.

Some three dozen New York-listed Chinese companies launched privatization bids with aims of making similar homecomings during a wave of such buyouts dating back to 2015, with around two-thirds of those getting completed. But among that group, the only companies to re-list in China to date, including names like Perfect World Co. Ltd. and Homeinns Co. Ltd., have done so by injecting their assets into existing China-listed shell companies, a process known as a backdoor listing.

Most chose that route due to long waiting times for traditional IPOs created by a big backlog of applicants, as the regulator used a first-come-first-served approach when choosing who could make new listings. The quick turnaround for Mindray’s offer could indicate the regulator is allowing higher quality companies to jump the line, which could bode well for other recently privatized names as well as a newer generation of major private companies like Ant Financial Services Group that would like to list at home.

“I don’t think we can say categorically if it signals a change in the IPO mechanism in China,” said Roberts. “But it could be a catalyst if indeed it represents a shift in the mindset of regulators to ‘welcome home’ previously foreign listed domestic champions.”

In the meantime, WuXi Biologics’ offer would be one of the first and largest to date for a small field of biotech drug makers, an area that China has earmarked for strong development. The company said it plans to issue about 193 million shares at a price range of HK$18.60 to HK$20.60 per share, in a deal being underwritten by investment banking powerhouses Morgan Stanley, Bank of America Merrill Lynch, and China Merchant Securities International.

The company is a spin-off of WuXi PharmaTech, which itself was formerly listed in New York but later privatized and re-listed in China through a backdoor offering. WuXi Biologics is probably opting for Hong Kong rather than a mainland China listing due to the higher level of sophistication and greater familiarity with biotech companies among international investors, said Roberts.