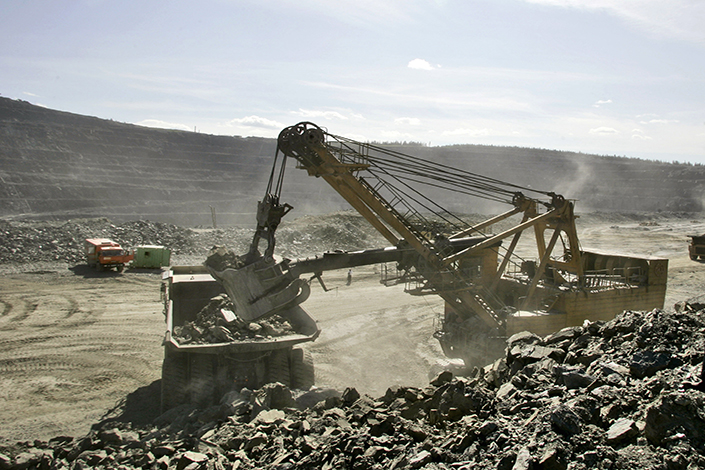 The Olimpiada gold mine in Krasnoyarsk territory, Russia. A Chinese group has agreed to pay $887 million for 10% of leading Russian gold miner Polyus. Photo: IC

(Beijing) — A Chinese group led by private equity buyer Fosun International Ltd. has agreed to pay $887 million for 10% of leading Russian gold miner Polyus, extending a nascent rush into similar overseas investments by the world’s biggest producer and consumer of the precious metal.

The move marks one of the first by one of China’s most aggressive global buyers into commodities, following its previous high-profile purchases mostly focused in the financial and tourism sectors. Fosun was joined in the purchase by Chinese miners Hainan Mining and Zhaojing Mining, according to a statement released by Fosun late on Wednesday.

The Chinese group will pay $70.6025 per share for the 10% stake in Polyus Gold International Ltd., with an option to increase that to up to 15% within the next year, the statement said.

After posting a major run-up following the global financial crisis, gold prices moved steadily downward since 2013, before rebounding somewhat last year. That rebound helped Polyus to post a net after-tax profit of $1.44 billion for 2016, up more than 40% from the previous year, according to Fosun’s announcement.

Hainan Mining, the largest member of the Chinese group, said it was pursuing the purchase to diversify beyond its core business as an iron ore producer.

“By investing in the good-quality mining projects, Hainan Mining aims to accelerate the transformation of its business structure, and strive to become a resources group with global investment and financing capabilities,” the Chinese group said in its statement. “(Polyus) is a leading company of the industry by its resource grade and by the length of the mine-life with highly competitive cost profile and profitability.”

China is the world’s biggest producer and consumer of gold, but has been relatively quiet in terms of global acquisitions of the precious metal. One of the few to venture overseas is Zijin Mining Group Co. Ltd., which has made more than $1 billion worth of offshore acquisitions in locations including Australia, Russia and Peru. One of its biggest purchases came last year, when the company agreed to pay $710 million for gold and copper assets in the Democratic Republic of Congo and Papua New Guinea.

China produces about 450 tonnes of gold annually, and consumes about twice that amount, accounting for about 30% of global demand, according to the World Gold Council.