Pre-Owned Home Sales and Prices Trend Down in May 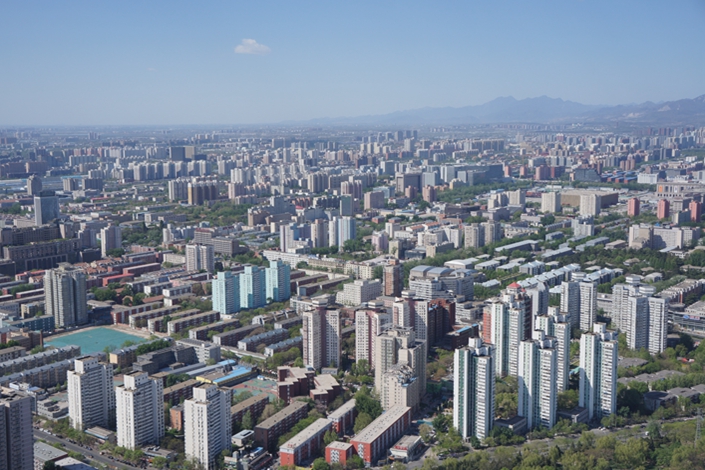 Sales and prices of pre-owned homes in Beijing reflected a downward trend in May. Photo: Visual China

(Beijing) — Sales and prices of pre-owned homes in Beijing reflected a downward trend in May, as stepped-up regulations aimed at cooling the capital’s red-hot property market began to kick in.

Some suburban areas such as Tongzhou district in Beijing’s east, and the Yizhuang Economic-Technological Development Area in southern Daxing district, have seen prices drop more than 20%, according to data from real estate agency B.A. & 5I5J Group Research Institute.

Adding in new homes, the institute said that final online signings, would reach 10,923 units in May, their lowest level since March 2015.

Speculative buying of pre-owned properties has been contained as the city government’s restrictions started to produce results, Hu said.

The Beijing municipal government has rolled out numerous restrictions since March to cool runaway housing prices, including higher down-payment requirements and borrowing costs, as well as stricter rules requiring buyers to show proof of tax or social-security payments.

Down-payment requirements for second-home buyers were raised in March to at least 60% from an earlier 50%, and to a minimum of 35% for first-home buyers.

The proportion of pre-owned homebuyers paying a one-time sum peaked in Beijing over the first five months of this year, as higher borrowing costs resulted in more buyers paying lump sums rather than turning to banks for loans. The proportion of lump-sum buyers rose to 43% in May, compared with April’s 38% and March’s 29%. By contrast, the number of pre-owned property buyers using commercial loans dropped by 6.17 percentage points to 34% in May.

Hu said buying pre-owned homes with commercial loans has been an option for most buyers, but the number of buyers willing to borrow from banks dropped significantly due to higher loan rates and down-payment requirements.

Currently in Beijing, average per-unit prices of pre-owned properties rose to 5.33 million yuan, from 3 million yuan in 2015, according to the official China Securities Daily.