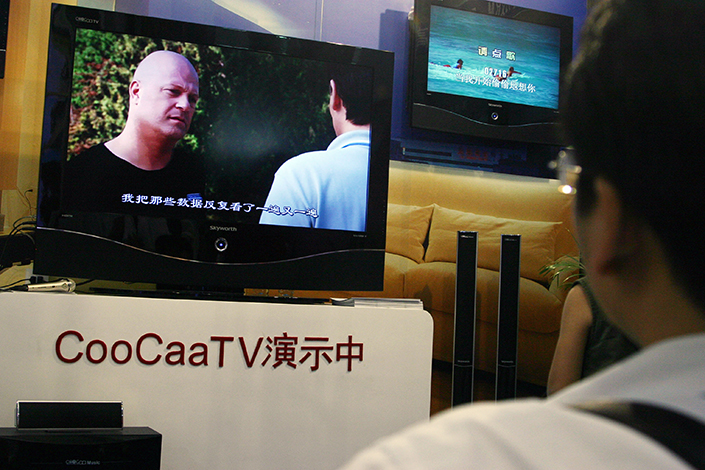 (Beijing) — Internet giant Tencent is testing the waters of the growing smart television industry by investing about $44 million in a company affiliated with Skyworth, China’s leading TV maker.

The move comes as millions of couch potatoes in China turn to smart television sets, which can access the internet without any extra hardware, to shop, play games and pay their bills.

Tencent is best known as the operator of WeChat, China’s biggest social network. But it also is an entertainment powerhouse with the world’s biggest online game business by revenue, and has major stakes in China’s top video sites as well as being a movie and series producer akin to Netflix.

According to Skyworth, the latest investment makes Tencent the third-largest shareholder in Coocaa, which also operates a popular online video service that attracts more than 9 million people per day — just under one-third of the daily visitors to YouTube. Coocaa also received 150 million yuan ($22.1 million) from video platform iQiyi in September.

Tencent and Coocaa will cooperate on producing and distributing video and other content, according to Skyworth’s statement.

The growth in smart TV sales has outstripped that of traditional color television sets in the past two years. According to data from consultancy Zhiyan, nearly 40 million smart TVs were sold last year, and sales have grown 24% per year on average from 2014 to 2016, while sales of traditional edged up only 3% each year over the same period.

Coocaa’s rivals were attracting buyers by lowering prices and losing money, Liang said. “But Skyworth wants to make a profit, which is different from other internet companies.” Coocaa recorded 167 million yuan in operating revenue in 2016, Skyworth said, without disclosing whether its subsidiary made a profit.