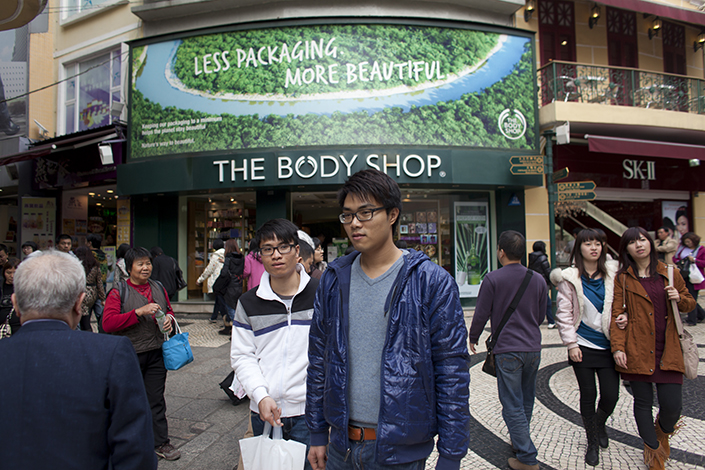 Private equity giant Fosun had no comment on Thursday on media reports that it had bid for skin care products chain The Body Shop. Photo: IC

(Beijing) – Private equity giant Fosun had no comment on Thursday on media reports that it had bid for skin care products chain The Body Shop, while a source familiar with another bidder said a fund connected to Alibaba founder Jack Ma was participating in the sale process.

The pair of Chinese companies is among several bidders on a list cited by global financial media as vying for Body Shop, which is being sold by cosmetics giant L’Oreal S.A.

Reuters first reported late last week that Hong Kong-based Blue Pool Capital, one of Jack Ma’s investment vehicles, was asked to join a consortium led by Investindustrial and Brazil's GP Investments in making a bid for The Body Shop. The Financial Times reported on Wednesday that Fosun had submitted a bid before a Monday deadline for the second round of offers, citing two sources familiar with the situation.

L’Oreal first announced in February that it was considering a sale of the chain, which operates more than 3,000 stores in more than 60 countries. At the time, media reports said The Body Shop’s operating profit fell 38% last year, as sales fell 5% due to growing competition in the market for upscale ethical personal healthcare brands that are The Body Shop’s specialty.

In shopping the chain, L’Oreal was seeking minimum bids of at least 800 million euros ($900 million), according to the Reuters report.