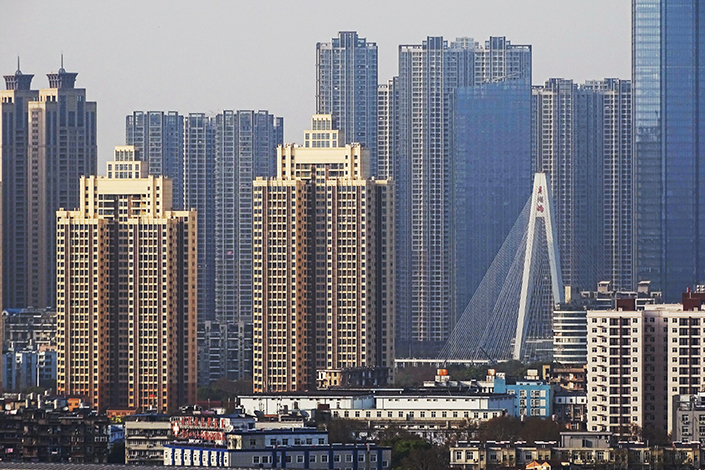 (Beijing) — Several local governments have begun allowing some leeway in a popular practice among builders who compensate for their profit shortfalls through so-called decoration contracts, which have been the target of recent crackdowns.

The contracts — a legal gray area — are seen as a way for developers to bypass these price limits and make up for shortfalls.

Now, such practices will be regulated by clearer rules in some cities. Foshan, a major manufacturing hub in south China’s Guangdong province, was reportedly drawing up guidelines on decoration contracts, several local media outlets reported Wednesday.

“This feels more like a compromise from local governments,” a real-estate insider who requested anonymity told Caixin. “The price capping cannot contain real market prices. They had to give way to the developers’ approach and then started to regulate it. After all, the prices reflected in online signing data will not be affected.”

This could be good news for some developers, especially those whose rates were higher than market averages, as they scramble to find a balance between making profits and complying with governments’ resolve to contain housing prices. Sometimes those two objectives have clashed, especially as the property market grew despite government moves to stabilize prices.

Beginning in October, local governments in first- and second-tier cities started to “guide” property prices signed in the property contracts between homebuyers and developers, with government-intervened prices often below market averages in some key cities.

Because they had to likely sell at a loss, some developers tapped a discretionary follow-up agreement to the housing transaction ― a “decoration” ― in which they would sign another contract with the buyer, charging a fee that filled the gap they conceded in the original contract.

The decoration contract doesn’t need to be vetted in the online signing platform, an official registration system that records data related to real-estate transactions such as contract details and prices. The data are closely tracked by institutions and interpreted as an indicator of market trends.

Foshan’s move came after Wuhan, in Hubei province, and Nanning, in the Guangxi region, mapped out similar regulations in May and June respectively.

Wuhan put in place a multilayer-system to guide the charges in decoration contracts for different types of housing, with the highest standardized charge amounting to 5,000 yuan ($735) per square meter.

A developer in Wuhan told Caixin that the charges in the decoration contract can basically counterbalance the loss on discounted prices.