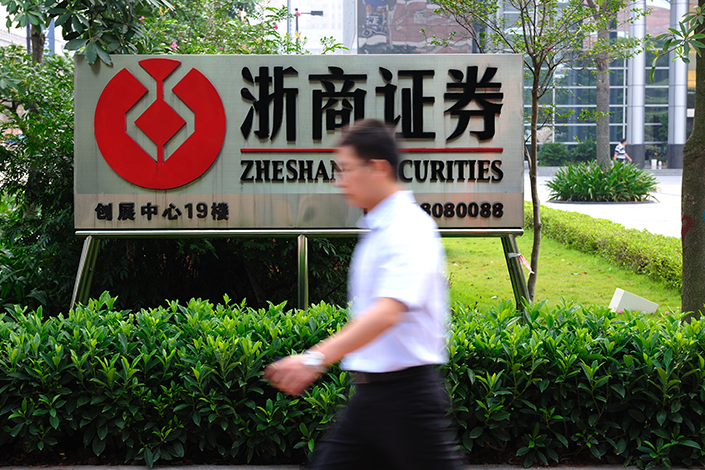 Zheshang Securities was among eight companies that got approval last week for an initial public offering (IPO). The Chinese securities regulator's recent move to approve fewer IPOs has been met with mixed reviews by market watchers. Photo: IC

Last week, the China Securities Regulatory Commission (CSRC) gave the green light to eight IPO applications, up from four the previous week but still lower than an average of 10 approvals each week from November 2016 to early May. The regulator reviews IPO applications every Friday.

The CSRC said Friday that as of mid-May, nearly 70 applications were rejected on the grounds of corporate-governance issues. That translates to an approval rate of 73%, down from 92% in 2016, it said. The regulator’s concerns on the rejected applications include suspicious accounting practices and murky connected transactions.

IPOs have always been a hotly contested policy area in China’s financial world. CSRC chief Liu Shiyu, who took the helm in March 2016, has promised to improve the quality of listed companies and market disclosure in part through reviewing IPO rules.

One of his initiatives was allowing more new listings on bourses. Even though China reopened its IPO market in November 2015, hundreds of applications were still backlogged by the time Liu took the job. These companies were not able to tap the capital market in a timely fashion for months.

In China, as in elsewhere, investors are lured to instant profits normally after a stock starts trading. Such share sales, however, has added volatility to the Chinese stock market, which is already coping with tight liquidity and more-stringent regulations.

Slower IPO approval has helped shore up a downward-biased market, some analysts said.

Among those who applaud the recent slowdown in IPO approval is Han Zhiguo, an outspoken critic who publicizes his continual engagements with the regulator on his widely read blog. He said fewer new listings could help shore up a stock market pressured by tight liquidity and fragile market sentiment.

“Fast-tracking IPO approval should not be a key task” for the CSRC, Han wrote in his commentary. “The focus should be loosening regulations on mergers and asset-restructuring deals.”

However, some market participants argued new listings should not be slowed.

“This is not the right thing to do,” Hong Hao, chief China strategist at Bocom International Holdings Co., told Caixin. “The responsibility of the regulator is oversight, not manipulation of market performance.”

Hong said a slower pace of IPO approval is “a kind of compromise” to the market’s bullish hope. “If the pace of approval remains slow, investors would keep trading on stroke of luck, and eventually the procedure of IPO reform will be delayed,” he added.

Earlier Monday, both state-run Shanghai Securities Times and China Securities Journal said it is “not appropriate” to blame fast-track IPO approvals for the market’s recent fluctuation.

The Shanghai Composite Index has lost 4.5% from its recent peak in mid-April, but it is still 1.2% higher than it was at the beginning of this year.