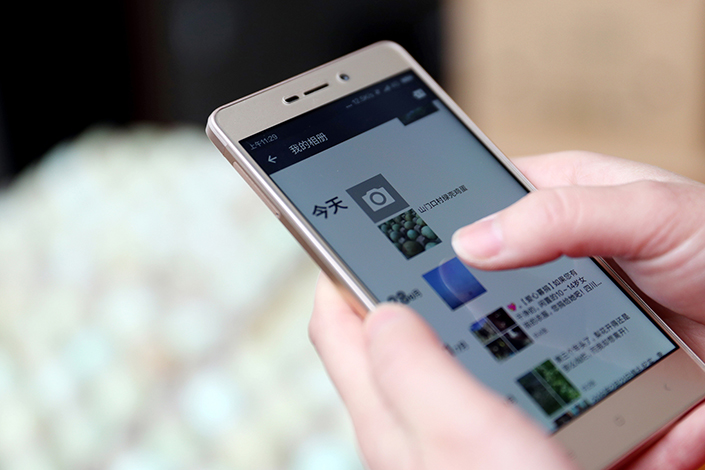 WeChat has recently shut down dozens of widely followed accounts in accordance with the demands of internet regulators. Photo: IC

(Beijing) — WeChat — China’s most popular social networking app, on which millions of original articles are created, read and shared daily — has recently shut down dozens of widely followed accounts in accordance with the demands of internet regulators.

Tencent Holdings Ltd., the internet giant that operates WeChat, followed orders from the Guangdong branch of the Cyberspace Administration of China (CAC) and closed 32 WeChat subscription accounts beginning Thursday. Among the accounts closed was that of Harper’s Bazaar, and the celebrity gossip weekly owned by Southern Metropolis, one of the nation’s largest media groups.

Ge Jia, an internet consultant in Beijing, believes the series of closures should come as little surprise, as state media Xinhua News Agency and People’s Daily have been vociferous in their disapproval of the nation’s immense interest in prying into the private lives of celebrities.

People’s Daily has issued a series of cutting retorts about reader’s voracious appetite for “gossip” after several celebrity cheating scandals dominated headlines this year. It even penned an editorial in April urging readers not to “worry themselves over the private lives of celebrities,” and in May, it deplored the “rowdiness of entertainment news” after paparazzi-uncovered events led to endless analyses and commentary on other sites.

Other state media have also long frowned upon the quality of content on online entertainment sites. Global Times Editor-in-Chief Hu Xijin chided netizens’ obsession with entertainment and gossip driven events in a podcast in August, when reports of actor Wang Baoqiang’s divorce won more coverage and attention than China’s performance at the Summer Olympics in Rio de Janeiro. “Why does China have a disproportionally large appetite for gossip?” he asked during the show.

Tencent was asked to seal the accounts “in compliance with the law” and to “take effective measures to clamp down on celebrity news deemed vulgar and ostentatious,” according to a statement published by the local CAC on Saturday. The company declined comment on the matter.

Though many dedicated followers of these accounts have mourned the banning of sources of entertaining tongue-in-cheek gossip and writing, others think the shutdowns are well-deserved.

“Content creators shouldn’t just scratch their reader’s every itch,” said Zong Ning, a blogger who runs his own WeChat subscription account. “Some accounts cater to the darker sides of human nature to get more followers, and their values are not worth espousing.”

Also among those targeted in the clampdown are content creators that have won tens of millions of yuan in venture capital investment. Dushe Movie, a publisher of film critiques and recommendations that was last valued at over 300 million yuan ($44 million), owned one of the accounts that were taken down. The startup, whose Chinese title meant “vicious tongue,” was among the first companies that Bertelsmann Asia Investments took a yuan-denominated stake in.

Sources said Dushe’s account may have been found at fault for frequently recommending and sharing download links to banned films and television series deemed obscene or overly violent by film censors.

Zong believes this may signify the end of the golden age of content-based entrepreneurship.

“The crackdown has been swift, harsh, and left little room for remedies,” said Ge, who is convinced the accounts were targeted because their overall frivolous and gossipy tone displeased authorities, rather than because of the sites’ particular subject matter.

“Its purpose is to put many of the ideologies in popular culture back in line, and stem the further spread of these values,” he said.

The move comes less than two weeks after the nation’s first cybersecurity law and an updated version of Internet News Information Service Regulations came into effect on June 1.

Internet companies such as Weibo, China’s equivalent of Twitter, and Sequoia Capital-backed news app Toutiao were summoned by the Beijing division of CAC last week and told to close social media accounts owned by paparazzi reporters and groups.

“Entertainment circles shouldn’t be confused with gossip circles,” People’s Daily said in an editorial on Thursday

“This is unlikely to be the end of it,” Ge said. “Ubiquitously shared content mongering health advice or ill-based stock and investment tips may be next in line,” he added.