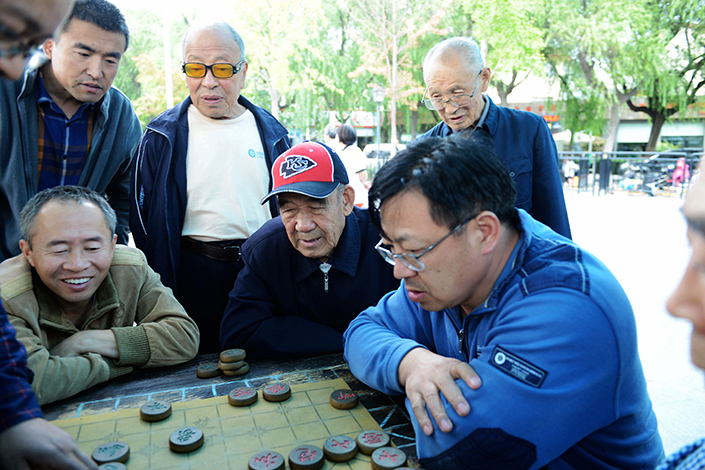 (Beijing) — China’s national reserve to cover coming shortfalls in retiree benefits posted its lowest return on investment in five years in 2016, which one finance expert said was likely due to poor performance on the portion of its investments in the stock market.

Local governments in China withhold workers’ earnings and employer contributions to pay out pension benefits for existing retirees. Separately, the central government-controlled NCSSF maintains a strategic reserve to supplement social security spending in future. The strategic reserve was set up in 2000 in the face of a rapidly aging population.

Even with the slim gains last year, the strategic reserve’s average annual return rate since its establishment was 8.37%, the council said. The reserve fund can invest, for example, in overseas and domestic stocks and bonds, asset-backed securities, as well as earn interest on bank deposits.

Some analysts said that despite this year’s lackluster results, the overall gains in the investment strategy should embolden the newest move by the central government to have the NCSSF to manage a small part of local pension funds, which in all but a pilot program hadn’t been allowed to invest in riskier assets like stocks.

The fall in return rate in 2016 was mainly due to losses in China’s stock markets, which plummeted further after a debt-fueled rally collapsed in mid-2015, said Dong Dengxin, a finance professor at Wuhan University of Science and Technology. The benchmark Shanghai Composite Index was down 12.3% in 2016.

“The return on investment in China was low in general last year,” he noted.

For example, the profit of Chinese-listed securities firms, a key barometer of investment environment, was roughly half last year from the level in 2015, he said.

But the strategic reserve’s average annual return rate showed its medium- to long-term investment was healthy, and that should “boost confidence” in Beijing’s decision to allow seven provincial-level regions to entrust a small portion of their pensions to the NCSSF to seek more diverse and higher returns, he said.

The regions have agreed to transfer 360 billion yuan in money collected from companies and individuals through payroll deductions at the local level for retirees to the NCSSF for investment, and more than a third of the cash was steered into the agency’s account last year.

Dong said the entrusted money’s exposure to stocks is expected to be smaller than that of the current assets managed by the NCSSF because it must prioritize safety over profitability.

“The NCSSF is a strategic reserve and doesn’t have major expenditure in average years,” he said.

“But the pension fund has to pay retirees every month and so it has to prioritize liquidity,” he said.

“Therefore the investment portfolio of the part of entrusted pension fund will be more conservative and prudent… and its target rate of return on investment will be much lower (than the NCSSF’s),” he said.

Traditionally, funds contributed by urban workers and their employers into the state pension plan have been collected and managed by local governments. Given the lack of investment expertise at the local level and to minimize the risk of losses, they are allowed to invest the money only in low-yielding bank savings deposits and government bonds.

In the decade through 2014, the average rate of return of the state pension fund was only around 2%, lower than the rate of inflation. The return was 2.32% in 2015, according to latest official figures available.

The NCSSF, however, is able to generate higher returns partly due to its ability to put its money into a much broader range of investments. It is funded in a variety of ways, including fiscal allocations from the government, the transfer of state-owned capital such as shareholdings in state-owned enterprises (SOEs), and dividends paid by SOEs.