Shanghai Backs Down on Converted-Housing Crackdown

By Wang Xiaoqing and Pan Che 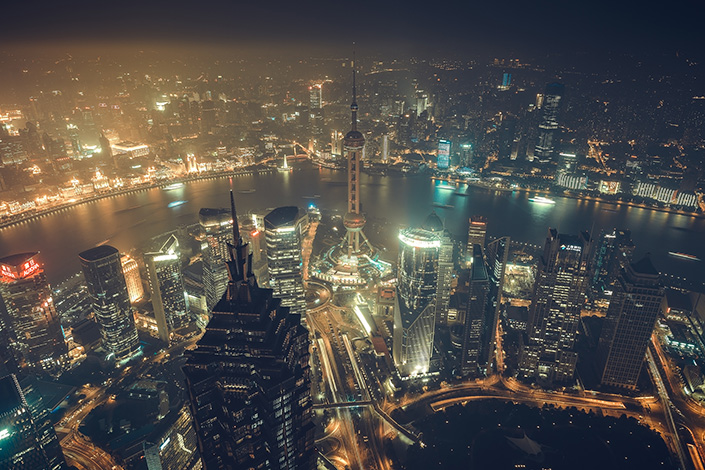 The Shanghai municipal government has had a change of heart over recent regulations that left owners of apartments converted from commercial buildings with uninhabitable homes and worthless assets. Photo: Visual China

(Beijing) — The Shanghai city government has been forced to make a U-turn over regulations issued last month that left owners of apartments converted from commercial buildings with uninhabitable homes and worthless assets.

The change of heart was announced on the government’s website on Tuesday following protests in the city center on Saturday against rules on so-called converted housing announced on May 17. The policy forced the developers and owners of about 12 million square meters of such newly built housing, potentially up to 240,000 apartments, to rip out basic residential facilities such as toilets and cooking facilities, rendering them unusable and unsellable.

Owners of another 5 million square meters of converted housing, which had already been handed over and were occupied, were banned from selling their properties to other individuals, although they were allowed to sell to companies and institutions.

The regulations were the latest in a series of measures imposed by Shanghai authorities to try to defuse a housing bubble that saw prices jump 31.7% year-on-year in December. Although the pace of gains has slowed this year, prices in April were still 15.4% higher than a year earlier.

Converted housing, also known as commercial housing, is the name given to apartments in developments built on land originally designated for offices and shops and carrying mixed-use land rights. These types of property were in a regulatory gray area, but became increasingly popular over the last decade in first-tier cities such as Beijing and Shanghai. They were cheaper than regular housing but came with shorter land-use rights and higher utility costs, and they were not subject to the progressively tighter purchasing criteria imposed by local governments — such as a requirement for proof of tax and social security payments. They were also sought-after by investors who were attracted by the returns from rental income.

Developers turned the buildings into apartments ranging in size from 30 square meters to as much as 150 square meters, and installed facilities such as toilets, bathrooms and cooking facilities. The Shanghai government gave tacit approval to the practice as part of a strategy to reduce the amount of unoccupied and unsold commercial developments in and around the city and boost the supply of homes.

Statistics from Shanghai-based Tospur, a real estate consultancy, showed that sales of converted apartments accounted for more than half of the transactions of 13 Shanghai property developers in 2016, including major players such as Powerlong Group and Hong Kong-listed Henderson Land Development Co.

In 2016, 49 out of 89 land plots auctioned in Shanghai were categorized as mixed land-use rights, contributing 37.2 billion yuan ($5.48 billion) to the total revenue of 144 billion in government land sells.

But in January, the city government started to tighten the noose on converted housing, ordering the suspension of sales at more than 100 such projects. The May 17 crackdown triggered a surge of opposition that culminated in a protest on Nanjing Road, one of the main shopping areas in Shanghai late on Saturday evening. People holding banners and chanting slogans called on authorities to drop the rules, and police were called in to maintain order.

Shanghai is the latest city to reverse course on converted housing. Beijing, also struggling to contain a housing bubble, announced restrictions back in March that were later watered down.