By Pan Che and Wang Xiaoqing 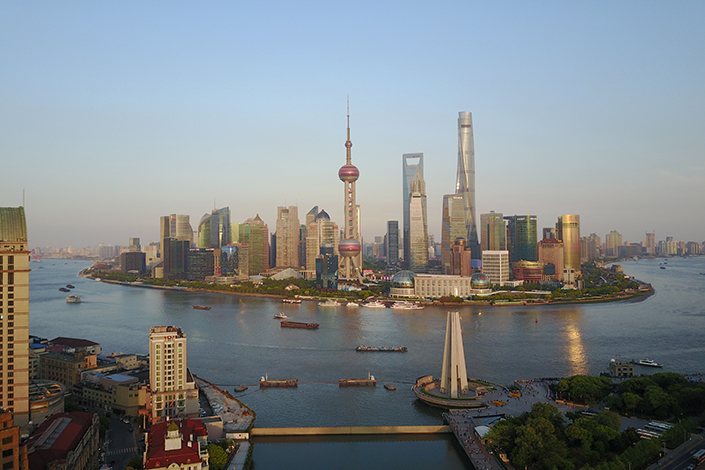 A view of downtown Shanghai. The city launched a campaign to clamp down on commercial properties being converted into residential apartments. Photo: Visual China

(Beijing) — Shanghai has launched a citywide cleanup campaign to clamp down on so-called commercial-title apartments as the municipality seeks to tame soaring property speculation and “promote the sound development of the local real estate market.”

According to a statement on the municipal government’s website, nearly 17 million square meters of such developments — apartments built on land that had been designated for commercial use — will be subject to a regulation issued Wednesday under which developers must roll back all unsanctioned modifications to their original designs in about 12 million square meters yet to be released to buyers.

For the remaining 5 million square meters already occupied, developers and owners will be held jointly responsible for tightening security measures such as fire prevention, but owners will be allowed to use the added facilities that meet safety standards.

The Shanghai government also said it is suspending approval of all new commercial-title apartment projects.

Commercial-title apartments are hotel-like residences that were built on property that was intended for commercial use such as offices and shops. These types of properties have been popular among investors due to their high return rate on rentals.

Statistics from Shanghai-based Tospur, a real estate consultancy, showed that sales of commercial-title apartments accounted for more than half the transactions of 13 Shanghai property developers in 2016, including major players Powerlong Group and Hong Kong-listed Henderson Land Development Co.

Yan Yuejin, research director at real estate agency E-house China R&D Institute, said the move will “strike a really hard blow to real estate agencies and developers” in the city, and effectively “reduce the value of investments in such properties to zero.”

Converted commercial apartments come with land-use rights of 40 to 50 years, less than the 70 years allotted to mainstream residential housing. Because the buildings were officially registered as commercial properties, they usually have no natural gas supply, and they carry higher electricity and property-management charges.

Developers of these projects often alter the original planned structure of the buildings, equipping apartments with their own toilets and with electric cooking facilities to make the residences more livable — but such renovations are not permitted in commercial developments.

These apartments have long been a popular choice among investors in the higher-end housing rental market, with monthly rents for converted apartments coming close to 10,000 yuan, higher than standard residential housing rates.

Shanghai Mayor Ying Yong said the cleanup campaign was a key regulatory step in steering the development of the city’s real estate market in the right direction.

Shanghai is not the first city to map out the similar restriction recently, In March, Beijing also tightened regulations on commercial-title apartments, which forbade developers from making unsanctioned conversions, while at the same time allowing only legally registered public institutions, companies and other social organizations to buy units in such developments in the future.

Prices of new homes in Shanghai rose 15.4% in April compared to a year ago, but prices slipped 0.2% month-on-month, data from National Bureau of Statistics showed Thursday.