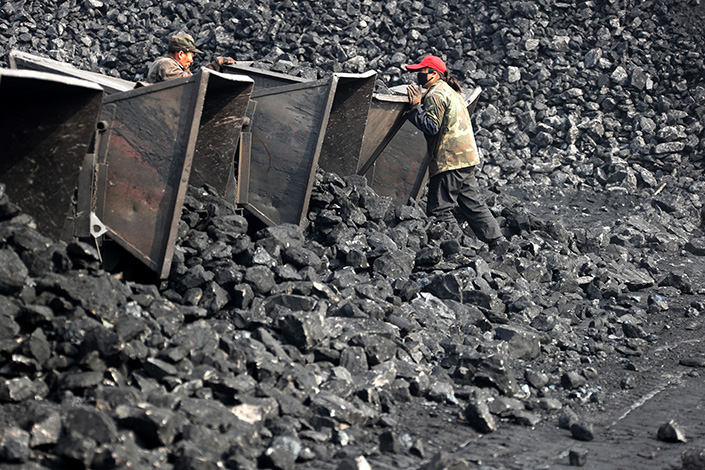 (Beijing) — Thermal coal prices in China recovered over the past two weeks after falling since March, with supply constrained and demand expected to rise this summer.

The Bohai-Rim Steam-Coal Price Index (BSPI), which tracks domestic thermal coal spot prices at six major ports in northern China, hit 574 yuan ($84) per ton on Tuesday, up from 564 yuan a week ago.

The increase marked the second straight week that the index has rebounded since it started falling in March.

The index’s rebound was partly due to restricted supply from the Inner Mongolia Autonomous Region, one of China’s main coal production regions, as strengthened government pollution checks into the sector led to a slowdown in the issuance of coal sales quotas for mines, according to a statement on cqcoal.com. The website is authorized by the National Development and Reform Commission (NDRC), China’s top economic planning agency, to publish the BSPI.

The enhanced pollution controls came as Inner Mongolia prepares to celebrate the 70th anniversary of its establishment later this year. Previous celebrations were usually held in August.

“Coal supply has gradually tightened. The rising prices spread to markets in Shanxi and Shaanxi and eventually pushed up port prices,” the statement said, referring to the two northern Chinese provinces that are also major coal producers.

The statement added that many traders have begun hoarding coal on expectations that demand will surge in July, when electricity consumption traditionally spikes with the increased use of air-conditioning.

China relies on coal to generate about 65% of its electricity.

“The betting sentiment has continued to advance, leading prices at the northern ports to further rise,” the statement said.

Despite tighter supply in some regions, coal production across China has been growing since March. Production had plummeted in 2016 after the government initiated a drive to slash excess capacity.

Domestic coal output jumped 12.1% year-on-year to 300 million tons last month, after rising 9.9% in April and 1.9% in March, data from the National Bureau of Statistics showed.

The increase in production came after the NDRC said it would boost the supply of coal and lower prices to help power plants grappling with slumping profits.

But it has also pledged to press ahead with the campaign to reduce overcapacity. Major targets include coal mines with serious safety problems and mines where production has long been halted.

Authorities shut down 97 million tons of coal capacity from Jan. 1 to the end of May, meaning that 65% of this year’s goal has been achieved, NDRC spokesperson Meng Wei said at a briefing last week.