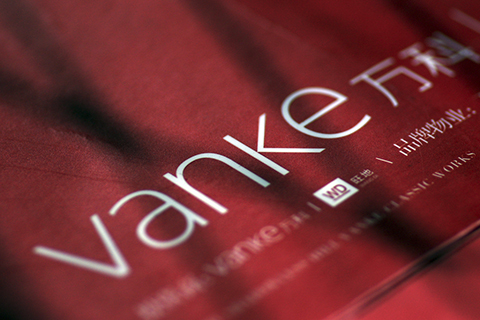 The failed hostile takeover of China Vanke, the world's largest property developer by revenue, shows that shadow banking should no longer be outside the scope of the nation's regulators. Photo: IC

On Wednesday, Wang said he is stepping down from the top job in the world’s largest property developer by revenue. Yao Zhenhua, founder of hostile bidder Baoneng Group, however, is still embroiled in the superleveraged deal he engineered.

Back then, in 2014, Baoneng was a small Chinese homebuilder with annual sales of less than 1 billion yuan (about $163 billion at the time). Vanke, on the other hand, was the nation’s — and the world’s — largest developer, with annual sales at least 200 times that of Baoneng.

But in December 2015, Baoneng managed to become the largest shareholder of Vanke by buying its shares in the open market.

To pull this off, Baoneng needed at least 40 billion yuan in cash. Audacity alone was not enough. But to Yao, the timing couldn’t have been better: China’s shadow banking system was out there to be Yao’s cash machine. Through various sophisticated and highly leveraged investment products and channels, Yao amassed around 60 billion yuan, some from outside the formal banking system.

This business practice, however, did not win over China’s regulators, which once called it “barbarian.” Under a push from the central government and Shenzhen city government, Shenzhen Metro recently became Vanke’s biggest shareholder, ending one of China’s most high-profile corporate battles.

As the takeover bid falls apart, Yao finds himself entrenched in the deal that he may not be able to unwind.

While Vanke’s dispersed shareholding structure makes the company a natural takeover target, Baoneng wouldn’t even be in the game if China’s shadow banking system weren’t on steroids.

As former U.S. Federal Reserve Chairman Ben Bernanke put it, shadow banking refers to “the intermediation of credit through a collection of institutions, instruments, and markets that lie at least partly outside of the traditional banking system.”

What’s more, shadow banking remains outside the formal banking system, as well as the reach of regulators.

Banks are staunch supporters of shadow banking. Nonbank intermediaries such as trust companies and securities brokerages are mere conduits for banks.

According to China’s official estimates, credits created through shadow banking have reached 91 trillion yuan ($13.3 trillion). UBS’s estimate is slightly lower, in a range of 60 trillion to 70 trillion yuan. Either estimate is massive: 60% to 90% of conventional bank loans. Don’t forget, China’s shadow banking is only 10 years old, with most growth taking place over the past four to five years.

How did Yao do it?

Essentially, Yao repackaged some of his cash needs into a series of fixed-income investment products and sold them to banks to fund his leveraged buyout of Vanke.

Shadow banking should no longer be outside the scope of regulators. The decentralized regulation of the practice must change.

While the proposal of a super-regulator is controversial, the central bank’s Macro Prudential Assessment framework shows the need for a single institution that can see the full picture and has the mandate to act decisively. The central bank, I believe, is best for this role.

Reform should aim at reducing regulatory arbitrage by unifying regulatory standards and providing strict control over the channeling business. It should limit structured asset management products and reduce financial leverage. It should increase the transparency of those products, especially the nature of the underlying assets and who the controlling shareholders are. Lastly, reform should make sure the assumption of implicit guarantees is removed.

Wang Shuo is the managing editor of Caixin Media.