By April Ma and Lin Jinbing 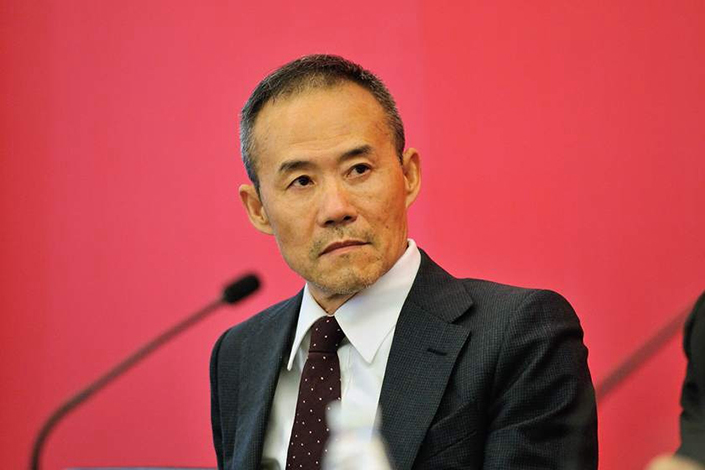 Wang Shi, 66, is stepping down as chairman of Vanke Group. Photo: File photo

(Shenzhen) — Wang Shi, the charismatic Chinese entrepreneur and founding member of the nation’s largest developer, is stepping down as chairman of Vanke Group.

The 66-year-old Wang is expected to be succeeded by Yu Liang, 52, Wang’s trusted associate and Vanke’s general manager.

The real-estate company filed a statement with the Shenzhen bourse Wednesday morning that announced a list of seven proposed non-independent directors. Yu was first on the list, while Wang was not included. The election for new leadership will be on June 30.

“I declined to be proposed as a member of the company’s board even as we began to prepare for the latest round of board elections,” the businessman said in a social media post. “I will be passing on the baton to the team led by Yu Liang, and I believe this is the best time to do so.”

Vanke’s largest stakeholder, Shenzhen Metro Group, stated its approved of the legendary management figure’s decision in a statement on Wednesday, acknowledging Wang’s contribution over the past three decades as he guided Vanke from a bit player in Shenzhen’s property development scene in the late 1980s to become a pre-eminent firm in the industry.

Wang is an outspoken personality and ardent pursuer of extreme sports, and has been profiled often by the press, with a private life making him a darling on social media.

His departure now doesn’t come as complete surprise. He had relinquished his duties as general manager, overseeing the day-to-day business operations, in 1999. Since then, he has been taking on more of a visionary role at the company, which was established with close government ties over three decades ago as an importer of office and photography equipment.

With Wang at the helm, the former instruments merchant completed a stockholding reform in the late 1980s, a pioneering move at the time, and went on to list in Shenzhen in 1991.

The most-traded developer in China was seized in 2015 in a hostile takeover after financial group Baoneng started buying shares of Vanke in the open market. In the midst of a struggle against the corporation, Wang and 11 other members of the board were called on to resign. However, the request was refused.

The group’s stocks weren’t visibly affected by the news. The Shenzhen-listed company rose a marginal 0.1%, while its Hong Kong-listed entity dropped 1.9% by market close today.