By Lu Bingyang and Wu Gang 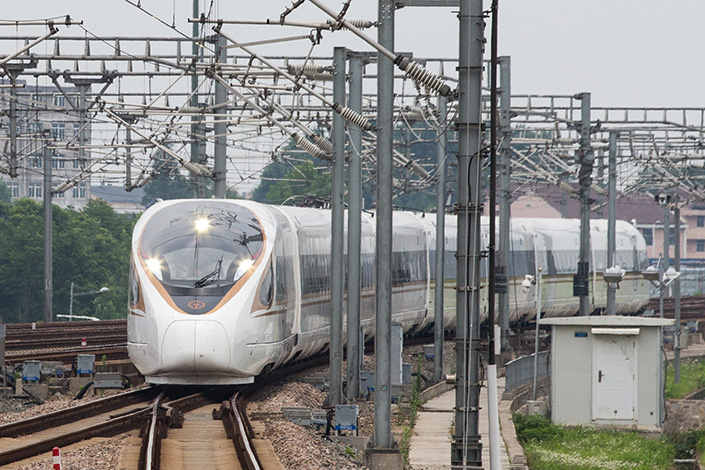 The new trains also boast 84% of home-made standardized designs, which will gradually replace four incompatible types of bullet trains that are running on 12,000 kilometers (7,500 miles) of track across China. The compatibility problem stems from country’s earlier introduction of different technologies, including from Japan and the EU.

Railway authorities said they expect the newly designed trains to be a major force in China’s exports of high-speed train technology.

Designers have not been touting the speed of the Fuxing trains, which have a designated maximum speed of about 400 kph (248 mph), and cruise at an average speed of 300 kph — similar to existing bullet trains.

Instead, authorities emphasized the more passenger friendly design, such as Wi-Fi service, larger train cars, less noise and more legroom. A new air-conditioning system will also reduce the discomfort that passengers feel in their ears from the change in air pressure when trains pass each other or go through tunnels.

The trains are also being called safer, as each train will be equipped with more than 2,500 sensors, which will monitor the operation status of various parts on the train, the designers said.

China introduced high-speed rail technology in early 2000s from France, Germany, Japan and Canada, and has since been producing bullet trains that are not compatible with one another.

Some trains have different driving platforms; others have a different number of seats in each car. When a train car has a problem, the railway company may have problems finding the right kind of car to replace it, designers said.