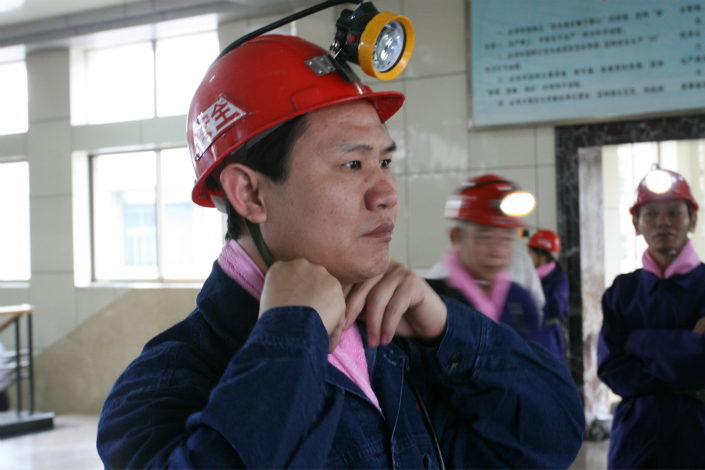 Yanzhou Coal Mining Co. Ltd. has apparently won a bidding war for Coal & Allied Industries Ltd., a Rio Tinto Group subsidiary in Australia. Above, a miner goes through a security check before descending into a mine in Yanzhou, Shandong province, in May 2007. Photo: Visual China

A state-owned Chinese mining firm appears to have won a bidding war for a Rio Tinto subsidiary after the board of the British-Australian company reportedly opted for the Chinese buyer’s restructured, more-favorable second bid.

The bids from the Australian subsidiary of China’s Yanzhou Coal Mining Co. Ltd. and from Switzerland-based Glencore PLC had escalated recently, with both companies submitting revised acquisition bids and counterbids for Coal & Allied Industries Ltd. (C&A). C&A is a wholly owned subsidiary of Rio Tinto Group in Australia, the world’s top coal-exporting country.

Glencore failed to win the hearts of Rio Tinto’s board despite two bids with increasingly higher offers presented on June 9 and 23, but a proposal submitted on June 25 by Yancoal Australian Co. Ltd., the Yanzhou Coal Mining subsidiary, appealed to the board. Rio Tinto shareholder approval is also still required.

In a website post published on Monday, Rio Tinto’s board recommended that shareholders vote in favor of Yancoal, as its second bid offered a faster and more-reliable timetable for the deal, a higher net value, and a greater certainty of completion since all regulatory approvals had either been received or waived.

“We believe it is in the best interests of our shareholders to take the greater certainty of Yancoal’s strong proposal,” Rio Tinto CEO Jean-Sebastien Jacques said.

Compared with Yancoal’s second offer — worth a total of $2.69 billion — the second bid from Glencore comprised a $2.675 billion cash payment at completion, and seven payments of $25 million net of tax per month from September through the end of March.

On Jan. 24, Yancoal agreed to acquire C&A in a $2.45 billion deal. Its proposal included $1.95 billion cash payment and $500 million in annual installments of $100 million following completion. But the deal was interrupted by Glencore, which submitted a $2.55 billion counterbid on June 9.

Rio Tinto is committed to developing long-term relationship with its Chinese partners, the company’s CEO said in a news release earlier this month.