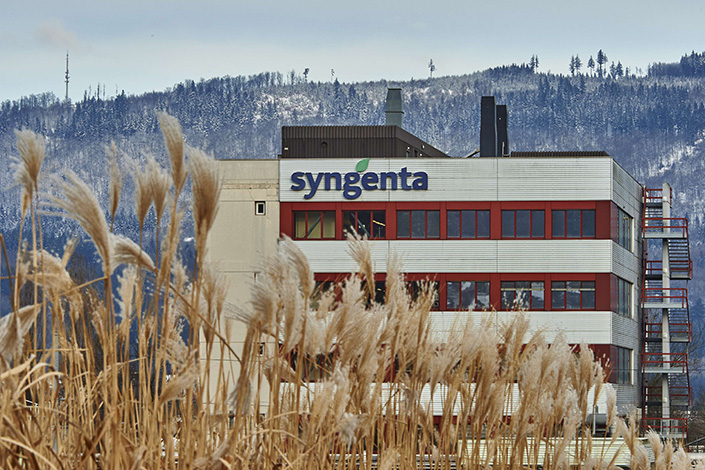 (Beijing) — After a long and bumpy ride to overcome regulatory hurdles and financing concerns, China National Chemical Corp. (ChemChina) this week announced the completion of its $49 billion takeover of Swiss agribusiness giant Syngenta AG. But the state-owned chemical major faces many challenges ahead.

ChemChina proposed the acquisition in February 2016 in what was and remains China’s biggest overseas deal. Once completed, it will lead to a consolidation of assets worth more than $75 billion. It will offer ChemChina access to a rich storehouse of seed and agrochemical patents developed by Basel-based Syngenta, the world’s third-largest seed supplier and top pesticides maker.

The deal was nearly derailed by protracted regulatory reviews and mounting concerns over ChemChina’s reliance on borrowed money to fund the transaction. But it sped into high gear this year after ChemChina was forced to reduce its leverage.

For ChemChina, the closing of the deal may mean the start of another tough journey to integrate Syngenta into its business empire and improve its financials after the pricey acquisition. The company plans to list a minority stake of Syngenta on the stock market in about five years to bolster its balance sheet, according to chairman Ren Jianxin, who is now also Syngenta’s chairman.

“The timing of Syngenta’s minority IPO will depend on the market, but the time frame would be about five years,” said Ren in Basel Wednesday.

As the long-awaited deal was finalized, speculation rose about a merger between ChemChina and its major domestic rival Sinochem Corp. — a deal that would remake China’s chemical industry.

Although both companies have publicly denied merger speculation, separate sources told Caixin that Chinese regulators demanded that ChemChina merge with Sinochem after the Syngenta acquisition to make sure it has the financial strength to absorb Syngenta.

The combination of the two state-backed chemical giants, each with more than 350 billion yuan ($51.59 billion) in assets, would create the world’s largest chemical company. But the potential merger would be incredibly complicated because of the size of each company.

ChemChina has been on a shopping spree since 2005, and its buyout trophies include a French livestock feed concern, an Israeli agrochemicals manufacturer and an Italian tire maker. Overseas sales account for 67% of ChemChina’s total revenue.

In 2016, ChemChina reported a net profit of 2.5 billion yuan, compared with a 63 million yuan loss in 2015, thanks to its merger with Italian tire maker Pirelli. But the aggressive acquisitions have also pushed up ChemChina’s debt ratio. By the end of March, the company had a debt-to-asset ratio at 80.9% with 305.8 billion yuan in liabilities.

Sources close to the company said by integrating Syngenta financials into its books, ChemChina can reduce its debt ratio to 75%. However, ChemChina will still face repayment pressure because much of the money it paid to acquire Syngenta was through bridge loans with maturities ranging from 12 months to 18 months. According to Thomson Reuters IFR Markets, ChemChina issued $600 million in perpetual bonds on May 24 to alleviate the capital pressure.

Putting in its own money

Rising skepticism about the deal’s highly leveraged financing structure, antitrust concerns and the Chinese regulators’ tightening control on capital outflows in the second half 2016 fueled speculation that ChemChina’s bid for Syngenta would fall apart.

The turning point came in January, when President Xi Jinping held a meeting with Swiss business leaders including Syngenta Chairman Michel Demare at the World Economic Forum in Davos, sending a positive signal of government support.

An executive at a state-owned bank said Chinese policymakers decided to push the deal forward after careful deliberation, because ChemChina is, ultimately, a major state asset. If the proposal had fallen apart, ChemChina would have had to pay Syngenta a breakup fee of at least $3 billion.

To finalize the deal, ChemChina revised its financing plan so that it relied less on borrowed money. According to the transaction documents, the final price tag rose from $43 billion to $49 billion, including funds raised from bank loans, equity and a state-backed investment fund.

According to internal ChemChina documents obtained by Caixin, ChemChina has set up six special financing vehicles (SPVs) in Hong Kong, Luxembourg and Amsterdam under its wholly owned subsidiary China National Agrochemical Corp. to raise funds and facilitate the acquisition.

Guoxin Holding Co., a state-backed fund manager established by the State-owned Assets Supervision and Administration Commission (SASAC), provided ChemChina with $7 billion in perpetual bonds — a type of security with no maturity date that is usually treated as equity — with capital raised from the Postal Savings Bank of China and other state-owned enterprises.

Bank of China and Industrial Bank invested $10 billion and $1 billion, respectively, in ChemChina’s perpetual bonds. And Morgan Stanley bought $2 billion worth of convertible preferred stock in one of the SPVs.

CITIC Bank and HSBC each led a group of domestic and overseas banks to provide $12.5 billion and $6.8 billion in syndicate loans to ChemChina. CITIC also offered a separate $200 million yuan loan to supplement ChemChina’s operating capital.

The deal cleared regulatory reviews in U.S., EU and China in April. To pass antitrust reviews in U.S. and EU, ChemChina agreed to spin off parts of its pesticide assets in the two markets, ChemChina said in a statement to Caixin.

The assets that will be spun off account for about 1.1% of the company’s total agrochemical revenue and will have negligible impact the overall business, ChemChina said.

Sources from ChemChina said the acquisition of Syngenta, one of the leading producers of patented pesticides, will expand ChemChina’s agrochemical business and allow it to coordinate production with pesticide subsidiary ADAMA Agricultural Solutions Ltd., the largest maker of generic versions of pesticides without patent protection.

Separate sources told Caixin that the merger between ChemChina and Sinochem has been decided and is an important reason that ChemChina’s buyout of Syngenta was able to move forward.

A knowledgeable source told Caixin that Bank of China had initially hesitated to take part in the Syngenta deal, but was ultimately convinced by Sinochem.

A chemical industry source told Caixin that the SASAC has been considering a merger between ChemChina and Sinochem over the past couple of years as part of a campaign to consolidate state assets. The regulator hopes a merger with cash-rich Sinochem can alleviate ChemChina’s debt burden.

The two chemical majors can supplement each other’s businesses, especially in the rubber and agrochemical industries, analysts said.

A source close to ChemChina said the company is likely to retain its most profitable businesses, such as tires, chemical equipment and agrochemicals, and spin off its less important segments such as oil refining and basic chemicals.

Integrating the two industry giants will not be easy, especially with both companies headed by strong-minded leaders. Sinochem Chairman Ning Gaoning, 59, is a legendary SOE executive who has led the state conglomerates China Resources and COFCO Group.

Ren Jianxin, chairman of ChemChina, who is about the same age as Ning, built ChemChina from scratch and transformed it into a state-backed major after a series of reshuffles. People familiar with Ren have described him as “the SOE executive with the qualities of an entrepreneur.”

Both companies have been lukewarm about the government-driven merger, people familiar with the matter said. One reason is that Sinochem sees indebted ChemChina as a burden. Meanwhile, top leaders of the two companies have very different ideas and approaches to overseas investment, one source said.

“For the two companies to merge and integrate, it would have to be pushed by a powerful figure,” the source said.