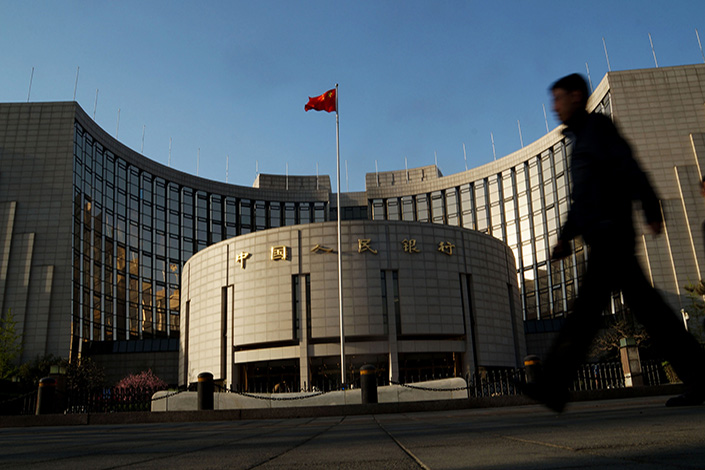 China’s central bank said late Monday that foreign credit ratings agencies can assess the credit risks of onshore interbank bonds. Above, a man strides past the People’s Bank of China in Beijing in April 2014. Photo: IC

(Beijing) — Foreign credit ratings agencies are now allowed to rank the creditworthiness of onshore Chinese interbank bonds, a day after the bond-trading link between the Chinese mainland and Hong Kong went live.

Offshore investors have repeatedly voiced concerns about the low credibility of credit-risk assessments carried out by Chinese ratings agencies. For instance, domestic ratings usually take potential government or bank bailouts into account, which is not in line with international practice.

China’s central bank said late Monday that foreign credit ratings agencies can assess and rank credit risks of onshore interbank bonds after registering with the National Association of Financial Market Institutional Investors, a self-regulatory body. Interbank bonds account for 90% of the trading of onshore debts and are the only bonds that are now allowed to trade under the Bond Connect program.

The People’s Bank of China said these agencies will be subject to central bank oversight, including on-site checks. These agencies are also required to report ratings that are expected to bring material or adverse changes to the market, it added.

Standard & Poor’s, a major global ratings agency, said in a statement Tuesday: “We are strongly committed to playing a part in the development of China’s domestic bond market. We are reviewing the newly-released rules relating to the interbank bond market and will engage with regulators and other relevant stakeholders to determine how we can best serve the market.”

Moody’s Investors Service said it is preparing an internal review of the matter, while Fitch Ratings could not be reached for comment.

Before the change, foreign agencies had to partner with a Chinese ratings agency and were only allowed to rank the creditworthiness of corporate bonds issued by overseas subsidiaries of Chinese companies.

Domestic ratings usually take potential local government and bank bailouts in account, which has caused confusion for foreign investors. Of the 1,500 or so publicly traded bonds covered by China’s four largest ratings agencies, nearly 70% are ranked AA or above, according to data compiled by Bloomberg.

Generally lofty ratings were seen as a contributing factor to China’s recent wave of corporate defaults.