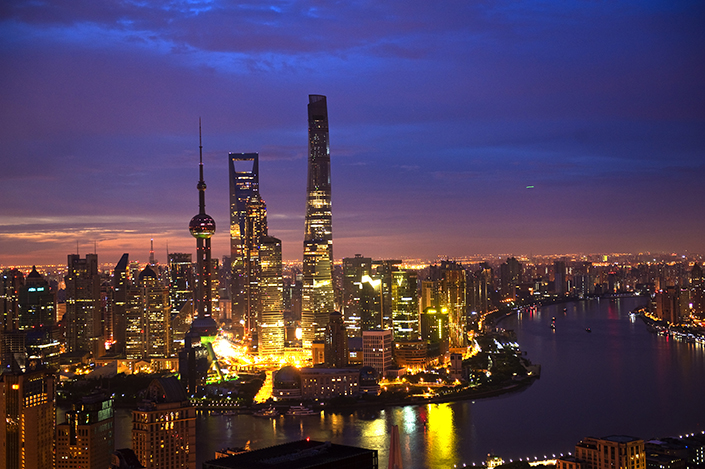 A view of Shanghai, including the Huangpu River, on July 4. Photo: Visual China

In a sign that capital-hungry property developers are being squeezed by government restrictions on borrowing, equity financing is accounting for an increasing percentage of the money they raise, newly released data show.

June’s total marks an 87.08% increase from the 60.5 billion yuan raised in May by the 40 developers, which Tospur tracks to gauge changes in China’s real estate market. The amount raised in June even exceeds the 106 billion yuan raised in September 2016, when cities across the country began implementing property-market cooling measures.

Equity financing, which involves developers selling interests in their companies, accounted for only 0.80% of funds raised by the 40 companies from January to March. Debt financing, essentially borrowing, usually accounts for a far larger percentage.

But from April to June the percentage of funds raised through equity financing rose to 23.82% on average each month, reaching a high of 36.14% in June.

Property giant Evergrande Group entered Second Round Investment Agreements on the last day of May, raising 39.5 billion yuan, pushing June’s figure up. Prior to this, Evergrande raised 10.85 billion yuan for 10 projects through agreements with private equity funds.

The current financing environment within and outside China is tight, and the cost of borrowing has gone up significantly, said Zhang Jihui, a Tospur researcher.

Property developers are capital-intensive enterprises, and their continued demand for funds has translated into rising equity financing since April, Zhang said.