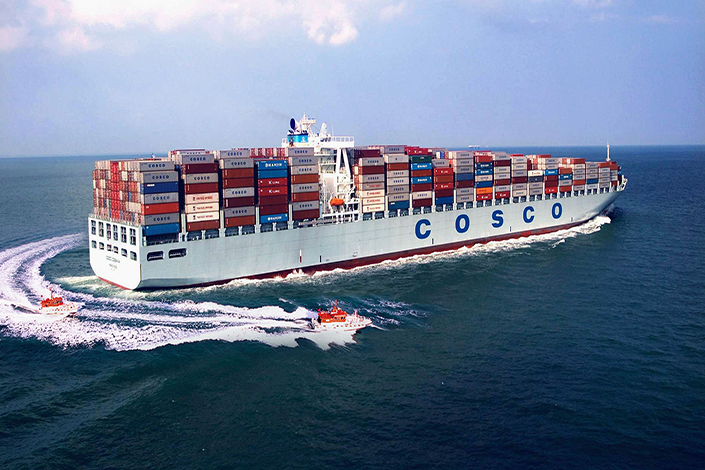 China’s largest shipping company and the Shanghai Port operator have agreed to jointly acquire smaller Hong Kong-based shipper OICL as part of a bid by China to become an industry leader.

The deal, valued at about HK$49.2 billion ($6.30 billion), was announced in a stock exchange filing late Sunday. It remains subject to regulatory approval in China, the United States and the European Union.

As part of the deal, the joint buyers will allow OOIL to remain listed on the Hong Kong bourse, with its global headquarters maintaining its functions and presence in Hong Kong. They also promise to keep OOIL’s management teams, retain the existing compensation and benefits system at the company, and not dismiss any employees at OOIL except for staff movements due to personal performance or normal business conduct.

The acquisition by the two state-owned firms was being directed by Beijing, said Xu Jianhua, a transport and logistics professor at Shanghai Maritime University.

“The government has required COSCO to acquire shippers in Hong Kong and Taiwan since the creation of COSCO in 2015 as part of a national strategy to create the largest shipping company in the world,” Xu said.

In 2014, Chinese ports outperformed global harbors, including those in America and Japan, to top the world’s ports rankings in terms of cargo volume, according to a report by the American Association of Port Authorities.

But Xu believes this strategy is ill-grounded. The United States is also a great power in the port industry, but the authority doesn’t own a single vessel involved in the international shipping business, Xu said.

COSCO entered into an agreement with state-run China Development Bank in January, which guarantees COSCO access to a 180-billion-yuan financing fund by 2021.

The deal has given COSCO sufficient funds to engage in acquisitions, as the company doesn’t need to buy new large ships amid a downturn in the shipping industry, Xu said.

COSCO announced it will buy a 51% share in Noatrum Port Holdings SLU in Spain and a 15% share in Shanghai International Port Group Co. Ltd. in June.