By Wang Xiaoxia and Aries Poon 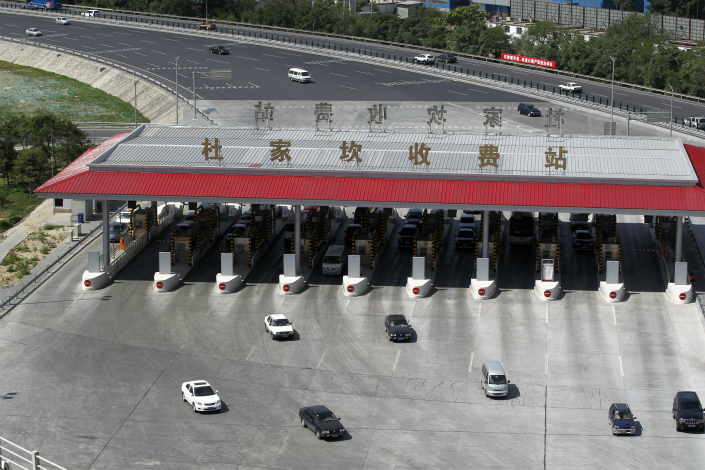 China's ministries of finance and transport have said that national and provincial toll road construction now can be financed only through toll revenue bonds. Photo: Visual China

As of now, the construction of national and provincial turnpikes can be financed only by this type of debt, in which the principal and interest repayments are supplied by revenues from tolls paid by users, the ministries of finance and transport said in a joint statement Wednesday.

Before this rule took effect, local governments for years had been relying on bank loans or the establishment of separate “special vehicle” companies as issuers of bonds to finance public-works projects. But systemic risks have escalated in recent years as borrowing by municipalities and cities became excessive. Also, special vehicles are not backed by fiscal revenues, which means their default risks are higher than other bonds that are fully backed by the state.

By introducing usage-specific bonds, the central government aims to rein in local public debts by requiring a higher level of fiscal transparency, prudence and planning, the statement said.

“The past practice of financing toll-road maintenance with bank loans and repaying loans with toll income should be changed. The better way going forward should be funding with these usage-specific bonds,” the statement added.

The statement added that provincial governments are the primary issuers of toll revenue bonds, which have a maturity of up to 15 years. Principal and interest repayments will be covered by the income stream from tolls, advertising and other related services.

Unlike funding from special vehicles, funding from toll revenue bonds must be accounted for in the governments’ balance sheets and fully backed by fiscal revenues.