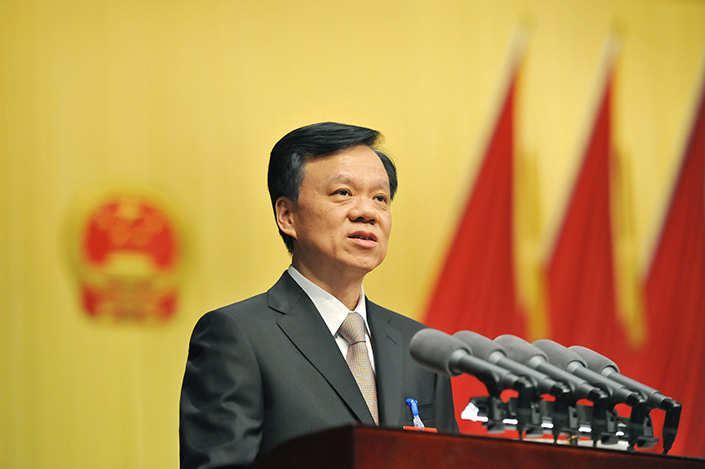 (Beijing) — The new party secretary of Chongqing has pledged his support of the central Communist Party’s decision to have him take over the position.

Chen Min’er voiced his agreement with the move during a meeting with the city’s retired officials on Sunday.

The party tapped Chen, 56, who had been party secretary of the southwestern province of Guizhou, to replace Sun Zhengcai, the Chongqing Daily reported.

Sun was replaced in accordance with a party decision made with “thorough consideration and prudence.”

Zhao Leji, head of the Communist Party’s Organization Department, announced the decision Saturday at a meeting with party officials in Chongqing. Zhao did not say if Sun will get a new post.

Sun, 53, had been party secretary of the northeastern province of Jilin when he was transferred to Chongqing to succeed Zhang Dejiang, one of the seven members of the powerful Politburo Standing Committee. Zhang served briefly as the city’s party secretary after the fall of Bo Xilai in March 2012.

In August 2013, Bo was sentenced to life in prison on charges of bribery, embezzlement and abuse of power.