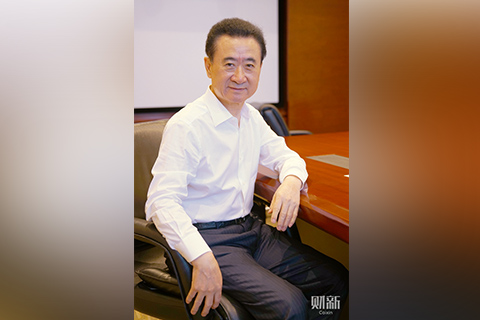 (Beijing) — Dalian Wanda Group will switch its investment focus to domestic markets after its $9.4 billion sale of assets, according to Chairman Wang Jianlin, one of China’s wealthiest businessmen.

Wanda’s surprise sale of its theme park and hotel assets to smaller rivals Sunac China Holdings and Guangzhou R&F Properties raised questions about the company’s debt load and financing capacity as Chinese regulators tighten scrutiny of domestic magnates’ overseas investment spree. Wanda on Wednesday agreed to sell 77 hotels to R&F for 19.91 billion yuan and a 91% stake in its 13 theme parks to Sunac for 43.84 billion yuan.

Wanda will “actively respond to the state’s call and decided to put its main investments within China,” Wang said in response to a series of questions Caixin posed in an email. The sale of assets frees Wanda to pay off debt and generate greater investment returns from other business activities, he said.

Wang established Wanda in 1988 as a Dalian-based property developer. He later expanded the company’s business into tourism, entertainment, sports, finance and other areas through a slew of mergers and acquisitions.

Over the past five years, the company has become one of China’s major overseas dealmakers, spending around $20 billion on foreign assets including film producer Legendary, theater chains AMC Entertainment Holdings, Odeon & UCI Cinemas, and a U.K. luxury yacht maker.

But the atmosphere surrounding foreign deal-making has changed. The government is tightening oversight of such transactions because of concern over capital flight. Authorities are also cracking down on excess borrowing by private companies as well as local and regional governments.

In June, Wanda and several other companies were hit by a sell-off in bond and stock markets on speculation that banks might tighten credit controls on companies. That followed an order by China’s banking regulator for lenders to assess their credit-risk exposure to companies active in overseas acquisitions.

On Tuesday, a spokesman for the National Development and Reform Commission, the country’s top economic planner, said authorities would continue paying close attention to major investments in overseas property, hotel, entertainment and sports assets to reduce the risk of “irrational investments.”

In his email to Caixin, Wang said the sale unloads assets with thinner profitability and greater capital pressure while leaving Wanda with higher-profit core assets.

A source close to the company said Wanda’s 203 commercial and office complexes across the country, known as Wanda Plaza, are the main element of the company’s remaining core assets.

According to Wang, Wanda would pay off most of its bank loans with proceeds from the asset sale and switch its business focus to less asset-intense activities such as hotel and park management.

Wang said Wanda’s revenue from commercial property rents will exceed 33 billion yuan in 2018 with projected annual growth of 20% over the next five years. Here are excerpts from the email interview:

Caixin: What is the new strategy for Wanda’s overseas investment?

Wang Jianlin: Wanda will response to the state’s call and has decided to keep its main investment within China.

Caixin: What is the background of Wanda’s latest asset sale?

Wang: The big picture is the state policy and macro-economic environment. Companies have to follow the trend of the national economic development. In recent years, deleveraging and inventory reduction are the main tone of property industry policies, especially after the recent National Financial Work Conference, which highlighted efforts to reduce leverage and debt load.

The three companies (Wanda, Sunac and R&F) cooperated in the deal in response of the policy call as it reduced Wanda’s leverage and debt burden while pushing forward its transformation to the asset-light strategy.

Caixin: So the main purpose of the asset sale is to reduce Wanda’s debts?

Wang: It is but not all. Wanda sold what should be sold and maintained what should be saved. The tourism assets that were sold always have slow investment return and greater capital pressure. The hotel projects are less profitable. What Wanda keeps are commercial property projects with better profitability.

Caixin: In addition to debt reduction, what other benefit to Wanda is in the deal?

Wang: After the asset sale, two of Wanda’s asset-light business subsidiaries will get more attention and have greater room for growth. One is the hotel management company and the other is the culture and tourism project management company. The two companies were mired in the massive businesses in the past and were overlooked. But they can earn money by managing Wanda’s brand and have positive profit outlook. Both are very good companies that can become industry leaders.