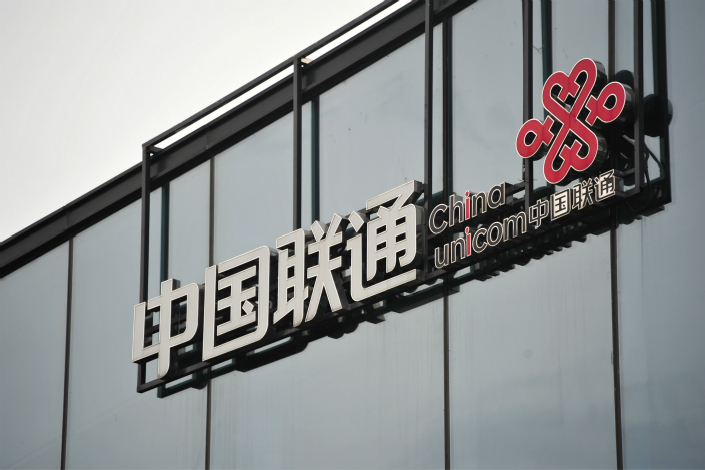 By allowing mixed ownership in seven state-backed behemoths, including Unicom Group, Beijing hopes to ultimately boost the efficiency and competitiveness of more than 150,000 lumbering SOEs with the help of non-state actors.

The shares to be sold to private investors will be non-publicly traded A-shares of Unicom Group’s Shanghai-listed unit, China United Network Communications Ltd., the statement added.

“The concrete implementation plan of the non-public share issuance of Unicom A-Share Company, including the identities of the investors, pricing term, investment amount and percentage of shareholding, etc., still needs to be reported to and approved by the relevant ministries in accordance with the relevant requirements before implementation,” the statement said.

Unicom’s mainland A-shares have been suspended from trading since April 5 when the company announced its reform plan. Shares of the Hong Kong unit, which are still trading, have gained 6.8% during the same period.

Unicom Group has partnerships with all three of China’s top three internet companies, leading many to speculate its final partner choice could be Alibaba Group Holding Ltd., Tencent Holdings Ltd. or Baidu Inc. Some of these internet giants were also rumored to be picked as private partners by China Railway Corp., another SOE in the same pilot program.

Apart from telecommunications, six other sectors picked by the NDRC for the pilot program include power, crude oil, natural gas, railways, civil aviation and defense.

Alongside mixed ownership reform, China is also pushing ahead with mergers among SOEs, particularly in the power, steel and shipping sectors, which are plagued by overcapacity.