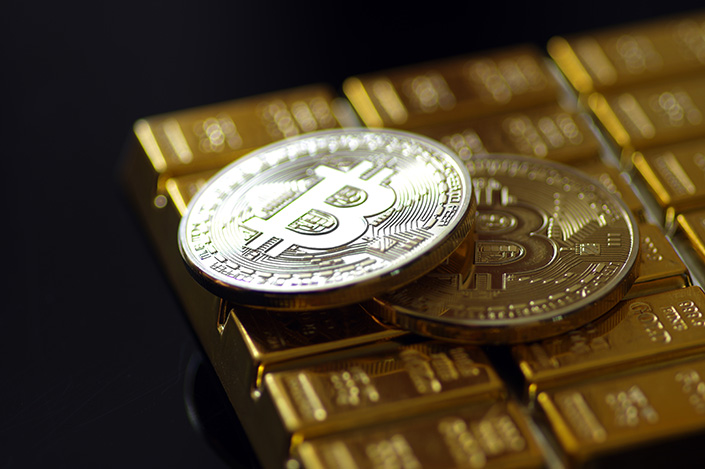 The proliferation of "initial coin offerings," in which companies sell virtual "coins" to investors to raise cash, has led an official at the People's Bank of China to call for a regulatory framework to be created as soon as possible. Photo: Visual China

In China, investors snapped up 2.6 billion yuan ($385 million) worth of new virtual currencies during the first six months this year, as digital money continues to gain popularity, a government-backed study finds.

New, unheard-of cryptocurrencies arrive in the market from time to time, adding to the long list that includes more-familiar names such as bitcoin and ether. Some of these digital currencies are developed by companies to raise funds for new projects. A companies offers an “initial coin offering” (ICO), in which the issuer sells new “coins” to interested investors, just as an initial public offering provides new stock. In return, investors pay the issuer in cash or another virtual currency. Those “coins” can then be exchanged for rights to goods, services or even company equity.

Shanghai-based Energo Labs launched a new currency called TSL via an ICO on Monday that will enable peer-to-peer energy trading. Beijing-based Clipper Advisor, which automates asset management services, plans to launch a venture-capital unit and issue Clipper Coins, which give investors the rights of a limited partner.

Digital currencies have been quick on the uptake, according to a study by the National Committee of Experts on Internet Financial Security Technology, a government-backed industry organization.

Sixty-five ICOs were completed this year, the study said. Sixteen ICOs were concluded during the first two weeks of July, compared with 27 in the whole month of June, nine in May, eight between January and April this year, and five from last year. More than 100,000 investors have participated in these ICOs.

The actual number of ICOs and investors involved could be much higher, as the majority of ICO-related transactions take place through private funds which the study did not track, an industry executive told Caixin.

ICOs are not regulated by Chinese law. Issuers of virtual currencies can raise funds without a lengthy review process. In fact, all these issuers need is a white paper detailing the function of the coin they are issuing and a platform to launch new virtual currency. Over 90% of ICO issuances so far this year were purchased with other cryptocurrencies, putting the transactions outside of regulators’ reach, according to the study.

But the unregulated sector is also full of risk, the association warned.

In addition to project failure and high price-volatility, many ICOs allegedly were used to scam investors, the study added.

Yao Qian, who heads the Digital Currency Research Institute at the People’s Bank of China, calls for a supervisory framework to be created as soon as possible.

There is no way to stem the growing popularity of ICOs, Yao said. He suggested creating a “safe space,” or so-called regulatory sandbox, for issuers or other financial-technology innovators to experiment new ideas without a full-scale launch. Regulatory sandboxes also enable the development of innovations under controllable limits.