By Yang Ge and Zhou Qijun 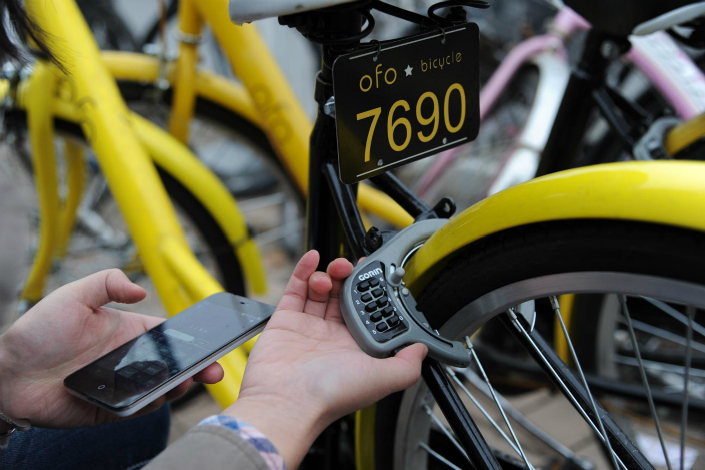 Shared-bike operator Ofo Inc. said on Wednesday a top executive from leading ride-hailing firm Didi Chuxing will become its new president in the latest sign of growing ties between the pair.

Fu Qiang was previously a senior vice president at Didi, and in his new position will report directly to Ofo founder and CEO Dai Wei, according to an announcement from Ofo, known for its trademark yellow bicycles that have become a fixture in most major Chinese cities.

Fu joined one of Didi’s predecessors in 2014, and served in a number of positions in the company since then.

“We welcome more people from all over the world to join Ofo in our drive to bring a quality shared-bike experience to our users,” Dai said in a statement. “Together we will create a shared-bike platform with global influence.”

A graduate of Sichuan University in central China, Fu is 36 years old, according to his microblog.

This year Didi has become a major backer of Ofo, one of China’s two leading shared-bike operators alongside Beijing Mobike Technology Co. Didi participated in at least the last two funding rounds for Ofo, including one unveiled earlier this month worth $700 million. Didi was also a contributor to a $450 million funding round announced by Ofo in March.

Ofo operates a fleet of 6.5 million bikes in 150 cities, mostly in China but also in four other countries. It said earlier this month it plans to have 20 million bikes by the end of this year, expanding its range to 200 cities in 20 countries. The service now boasts more than 100 million subscribers who make more than 25 million rides daily.

Both Ofo and Mobike have taken the industry by storm with services that let users unlock and borrow bikes for short rides using smartphone-based technology, and then park them essentially anywhere they want. That differs from older municipal bike services, which require more complex registration and force users to pick up and drop off bikes at designated racks.