Starbucks Gets Jolt With $1.3 Billion Purchase of East China Business 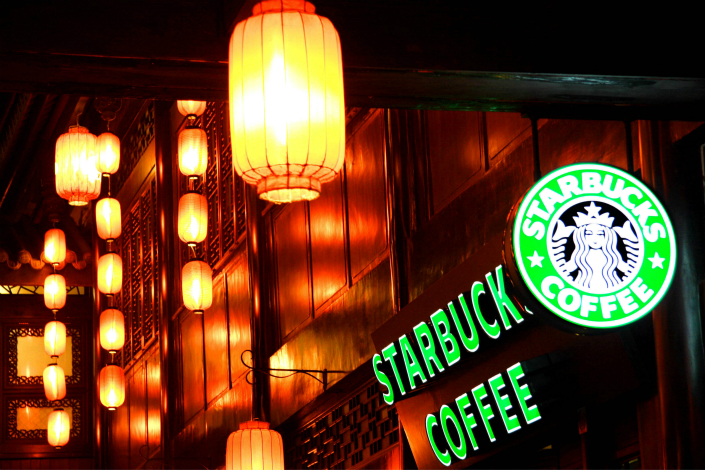 Starbucks reported that same-store sales in China surged 7% during the fiscal quarter that ended July 2. The company wants to expand its China portfolio to 5,000 stores by 2021. Photo: Visual China

Starbucks has brewed up its biggest deal ever — a $1.3 billion cash buyout of its joint venture in East China that means it will now have sole ownership of all of its 2,800 stores in China.

Starbucks said it will acquire the remaining 50% stake of its East China business in Shanghai and the neighboring provinces of Zhejiang and Jiangsu from long-term partners Uni-President Enterprises Corp. (UPEC) and President Chain Store Corp. (PCSC). Within the JV were 1,300 stores. That includes 600 stores in Shanghai — the most of any city in the world.

When the company made its announcement on Thursday, Starbucks also reported that same-store sales surged 7% in China during the fiscal quarter that ended July 2. That was much better than the global growth of 4% and 5% in the U.S. market during the same period.

Starbucks wants to expand its China portfolio to 5,000 stores by 2021. “With the middle class rising, the coffee consumption rising, people picking up more and more drinking coffee, I see enormous opportunities ahead, and we’re really just getting started,” Belinda Wong, CEO of Starbucks China, said on Friday.

Johnson said the buyout will enable its “strong, local leadership team to fully leverage our infrastructure and scale economics in order to maximize the growth opportunities ahead.”

Starbucks has fully licensed all other operations in the Greater China region — Hong Kong, Macau and Taiwan. In 2011, it sold its businesses in Hong Kong and Macau to Hong Kong-based Maxims Caterers Ltd. On Thursday, its joint venture in Taiwan was fully acquired by UPEC and PCSC.

The moves in the Greater China region will allow the coffee giant to fully focus on the Chinese mainland, which it calls one of its five priorities.

Starbucks is partnering on the Chinese mainland with Tencent, operator of the popular WeChat instant messaging app and its associated payment tool. WeChat’s mobile wallet function is accepted at Starbucks stores on the mainland, and it also launched a gifting feature three months ago that enables users to pass vouchers to friends on WeChat.

About one-third of payments made at mainland Starbucks stores are done through mobile payments, according to Wong.