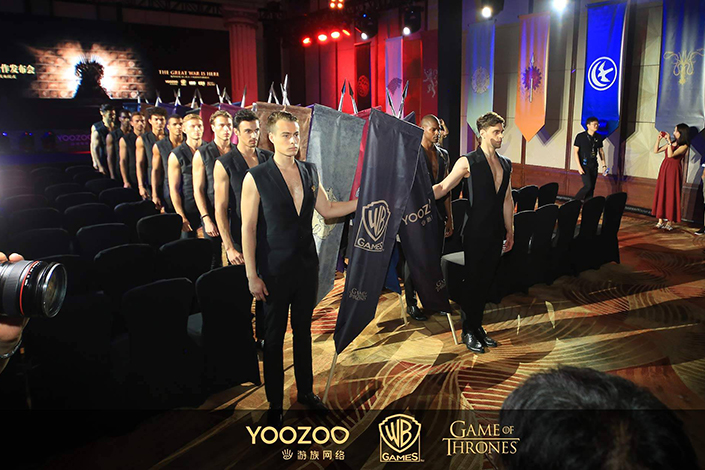 A mobile-game version of the popular HBO series “Game of Thrones” is going to land in China, the world’s largest gaming market, but the release date is unknown.

Chinese video-game developer Yoozoo announced Saturday it will partner with the game division of Time Warner Inc., the owner of HBO, to develop and release in China the mobile game adapted from the HBO series “Game of Thrones.”

“Game of Thrones” is based on George R.R. Martin’s fantasy-novel series “A Song of Ice and Fire.” French gaming firms Cyanide and Focus Home Interactive first launched the novel-based video game in 2011.

“Great intellectual properties (IPs) have become the core of the entire entertainment industry, and ‘Game of Thrones’ is such an IP of high quality that requires the best resources and companies to jointly develop,” Yoozoo Chief Operations Officer Chen Libiao said.

Since its premiere in 2011, the TV series has won 38 Emmy awards and received 110 Emmy nominations. It also has many Chinese fans though the series hasn’t been approved by authorities for any platform. Resourceful Chinese fans circulate copies through various secret channels, including online shared drives.

China is the world’s largest gaming market, which gaming-market intelligence firm Newzoo expects to generate revenue of $27.5 billion in 2017. China accounts for 27% of the entire world market, with the U.S. in second place.