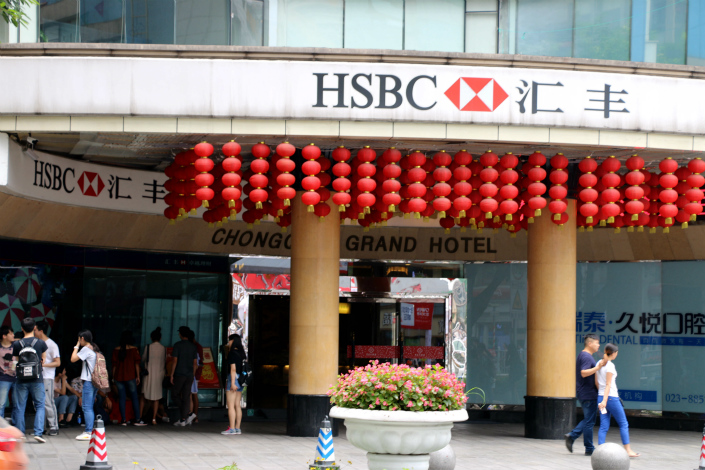 HSBC Holdings PLC posted a forecast-beating pretax profit of $10.24 billion for the first half of 2017, leading the British megabank to say that it's looking forward to investing in more opportunities in China. Photo: IC

HSBC Holdings PLC, which recently became the first foreign bank to own a majority stake in an onshore Chinese securities brokerage, is looking forward to more opportunities in China as the country continues to open its domestic market for foreign players.

The British megabank made the comment Monday after posting a forecast-beating pretax profit of $10.24 billion for the first half of 2017, up 5% from a year ago. Core capital ratio rose to 14.7% from 12.1% a year earlier. The bank also said it will shortly kick off a $2 billion share buyback in a bid to boost its share price.

“One of the most significant opportunities for HSBC going forward is participation in China’s domestic capital markets as these open up,” Chairman Douglas Flint said in a statement.

HSBC Qianhai Securities Ltd. won a license in June from the China Securities Regulatory Commission (CSRC) to operate as the country’s first majority-foreign-owned brokerage. HSBC will own 51% of the new company, while its partner, Qianhai Financial Holdings, will hold the remaining 49%. The bank proposed this joint venture back in November 2015, and HSBC said the venture is expected to become operational in December.

“This is a landmark achievement that will increase access to China’s markets for our domestic and international clients,” HSBC Group Chief Executive Stuart Gulliver said in the same statement. “Our international network continues to distinguish us from our peers and we strengthened it further in the first half of the year.”

HSBC was also among the first who completed transactions on the newly launched Bond Connect program, which links the mainland and Hong Kong markets and that currently allows offshore investors to trade in China’s $10 trillion interbank bond market, the world’s third-largest.

Looking ahead, the bank remains upbeat about prospects in the world’s second-largest economy. “China’s economic data also is evidencing resilience after a slower period,” Flint said, “and against this backdrop, China’s financial regulators have taken the opportunity to tackle risks evident in both the traditional and so-called shadow banking systems.”