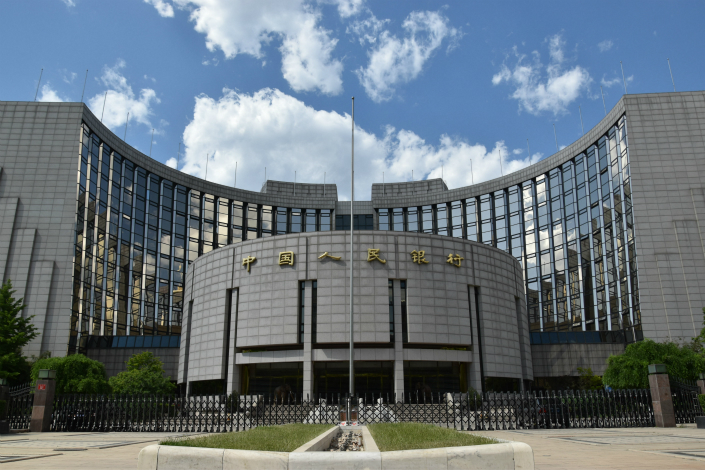 An audit by the People’s Bank of China (above) of 40 domestic banks followed a string of high-profile scandals that involved improper or even fraudulent practices related to interbank bill financing. Photo: Visual China

The lenders — ranging from unheard-of rural cooperatives to state-owned behemoths — were given three to six months to fix their operations, including tightening procedures in opening new interbank accounts, according to sources at the People’s Bank of China (PBOC).

The audit followed a string of high-profile scandals that involved improper or even fraudulent practices in bill financing, such as selling the same underlying bills multiple times, forging documents, or misappropriating clients’ funds for illegitimate uses such as investing in stocks for personal gain.

The bills, also known as “banker’s acceptances,” are common short-term financing instruments. Bill holders can discount or sell the bills to another bank, or repurchase them. In this case, lax control was found in banks’ management of interbank accounts that trade bills and other short-term instruments.

During the audit, which started in September, 60,331 interbank accounts that traded bills were examined, the sources said. The report, which hasn’t been made public, points out that the interbank account operation at the branches of six major banks, including Agricultural Bank of China and Minsheng Bank, will require major overhauls.

“Some banks had not properly managed their interbank accounts due to lax internal controls,” the PBOC said in a document seen by Caixin. “Some other banks even had serious irregularities during the opening and verification procedure of new (interbank) accounts.”

The PBOC said the key issue is that banks did not conduct due diligence while opening new interbank accounts for other lenders. The loophole could enable individuals, including nonbank staff, to collude with bankers to scam the interbank bill market.

The Industrial and Commercial Bank of China, China’s largest lender by assets, was investigated by the police in August 2016 on suspicion of accepting ex-employees from another small bank to use fake documents to open an interbank account to issue, and later sell, 2 billion yuan ($297 million) in fake bank bills. The police and the bank haven’t disclosed the results of that investigation.

In a similar case exposed in April, Minsheng Bank said it was involved in a 3-billion-yuan bill financing fraud, as a branch chief of the lender in Beijing allegedly issued false bank acceptance bills and later secured funds from individual investors to cover up the misdeed.

The PBOC issued a notice back in 2014 aimed at strengthening the banks’ management of interbank accounts, requiring them to take various measures to verify the authenticity of documents required in opening interbank accounts. However, nearly one-fifth of Chinese lenders in the latest audit failed to meet those requirements, the PBOC said.

Interbank accounts that fail to meet the more-stringent level of requirements will be halted or closed, the central bank said.