By Lin Jinbing and Li Rongde 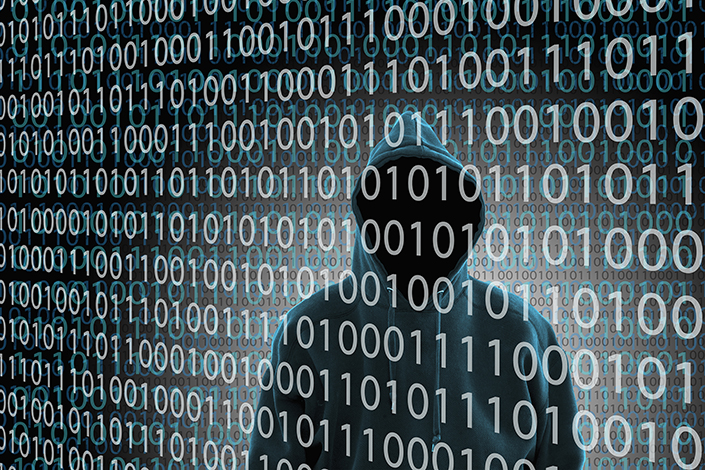 A hacker wears a hoody behind binary code. Two hackers in Guangzhou were sentenced to prison for breaking into a database to add unqualified people to a government pharmacist list. Photo: Visual China

Two hackers in Guangzhou were sentenced to 10 to 12 months in prison for breaking into a database last year to add 62 unqualified people to a government pharmacist list.

In return, the hackers were given a total of 9,000 yuan (about $1,340) in reward, according to a statement released by Guangzhou's Yuexiu District People's Court, which heard the case late last week.

Since 2012, owners and managers at pharmacies operating in China have been required to be licensed by the government.

The court did not say what prompted investigation into the duo or when they were arrested. The middleman, identified by the court as "pig brother," is still at large, according to the court.

One hacker confessed to police that they were targeting mostly government servers with domains such as .gov, .edu and .org. It was unclear if they successfully attacked databases of other government agencies.

Government agencies and affiliated key information institutions reported 242,000 security breaches in 2016, up 3% from a year earlier. That included 2,300 government websites that were attacked via so-called “backdoor” vulnerabilities, according to a report last year from the government-backed China Internet Network Information Center.

An official at the Guangdong Food and Drug Education Service told Caixin that their servers have been free of breaches since the 2016 incident.