Shanghai Home-Sale Numbers for July Weakest So Far This Year 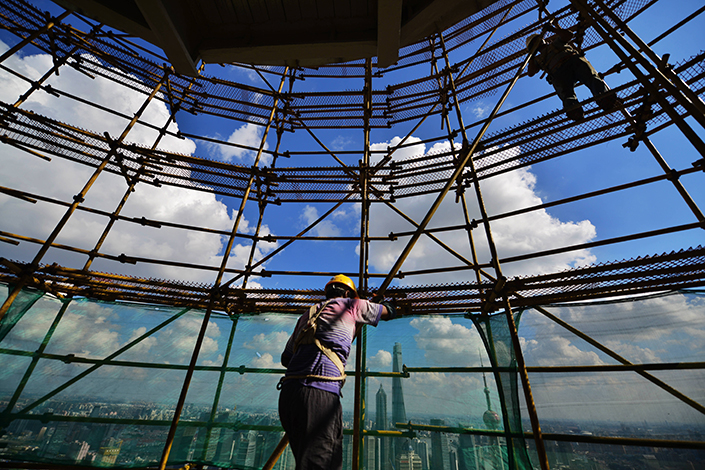 The volume of new-homes sales in Shanghai nearly halved to 672,000 square meters (7.23 million square feet) in July from a year earlier. Above, the Shanghai skyline is seen from Baiyulan Plaza, the tallest building in the municipality's Puxi area, in September 2015. Photo: Visual China

(Shanghai) — Shanghai in July saw the lowest transaction volume and prices for new-home sales so far this year after several rounds of government cooling measures that targeted the overheated property market.

Homebuyers were also restrained by tightened purchasing rules. In late June, the local government issued guidelines requiring developers to conduct lotteries to determine the order in which buyers could select apartments, an effort to contain speculation.

The city has rolled out similar restrictions since March 2016, including raising down-payment requirements and forbidding commercial properties to be sold as residences.

The policies have weakened demand and reined in home prices. In July, seven of the top 10 deals were reached for less than 30,000 yuan per square meter, Centaline statistics showed.

“If a complex is sold at more than 100,000 yuan per square meter, the housing authorities won’t even issue the presale permit to developers,” a sales manager for a high-end project told Caixin. “Or if the permit is issued, they will order developers to lower the price.”

A presale permit is an important document for property developers, which allows the sale of a project that may or may not have been completed.

Lu from Centaline said that regulations will remain strict, and the market in the second half of the year will be weaker.