Shanghai Cracks Down on Devious Practice Driving Up New-Home Prices 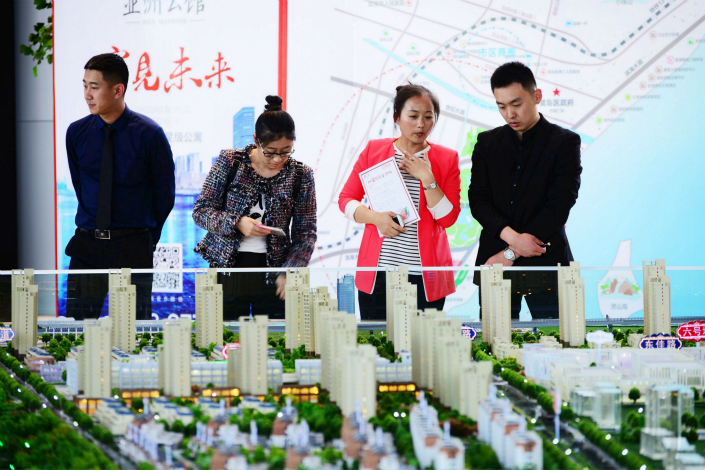 Shanghai will now have notary officials oversee lotteries for new properties coming onto the market — part of the city’s efforts to curb speculation. Photo: IC

(Beijing) — Wannabe new-home buyers in China’s major cities have often been at the mercy of unscrupulous developers who can drive up prices by manipulating a commonly held lottery for properties coming onto the market. Now the Shanghai government is stepping in.

Real estate developers in these cities hand out numbered tickets to interested buyers before the launch of projects through a lottery draw. The tickets decide the order of buyers to select their preferred apartment units on the day of the launch.

But the practice was often manipulated by developers to fuel the impression of short supply to raise prices. Sometimes third-party sales agents they hired and real estate brokers helped fan the tension by hoarding the tickets before selling them to consumers at high prices.

Shanghai will now have notary officials oversee the process. The step — which follows a similar move by Nanjing on May 14 — is part of the city’s efforts to curb speculation in a strained property market.

Housing authorities in Shanghai this week published rules detailing how the government will get involved in the draw of the tickets. The announcement came after the city in May said developers will have to conduct the lottery under the supervision of notary officials, as the government aims to “regulate housing sales behaviors in the city and contain speculation.”

Under the Shanghai regulation, developers must use lottery software provided by notary authorities, and notary officials will supervise the entire process of lots drawing on the spot. It also banned third-party sales agents hired by the developers and real estate brokers from participating in the lottery.

“Real estate development companies must carry out the rules in a strict way to ensure housing sales are done in an open, fair and orderly manner,” the Shanghai Housing and Urban-Rural Development Commission said in a statement releasing the regulation.

Developers could lose their license and be blacklisted by the city’s credit management system if they are caught violating the rules, it said.

The regulation will be valid during the current period when “the city strengthens controls over the property market,” it said, without giving a more-explicit timeframe.

Housing prices in China have seen another round of surging over the past couple of years, prompting dozens of cities to enhance measures since March to stem the rises, most typically by raising down-payment requirements and mortgage interest rates as well as limiting the number of properties each family may hold. Some cities have also prohibited new commercial buildings to be turned into homes and sold to individual buyers.

Supply in the country’s four first-tier cities — Beijing, Shanghai, Guangzhou and Shenzhen — has become further strained in recent months, as the local governments there tightened the issuance of permits to developers for the selling of new homes, known in the industry as presale permits, in an attempt to force developers to cut prices.

In the first-tier cities, the floor space of new-homes granted presale permits in May plummeted by 53% from April and by 61% year on year, said CRIC, a Shanghai-based property consulting firm and data provider, in a report released in early June.

“It needs to regulate the distribution order through the lottery system,” he told Caixin.