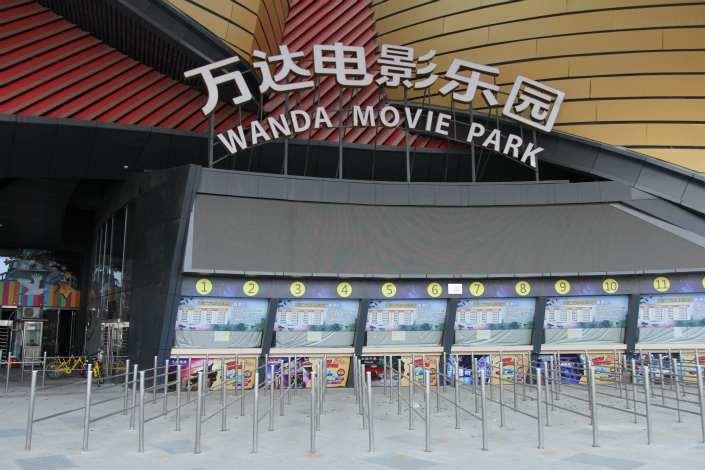 Wanda Group, one of China’s leading real estate and entertainment companies, announced a major overhaul of its Hong Kong-listed hotel arm, aiming to transform it into a management company for its national chain of hotels and theme parks.

The announcement by Wanda Hotel Development Co. Ltd. late on Wednesday came weeks after its parent said it will sell off most of its hotels and theme parks to focus on the less-capital-intensive business of property management. It also came as Wanda, controlled by one of China’s richest men, Wang Jianlin, seeks to lower the huge debt load it accrued during its breakneck expansion over the last five years.

Shares of Hong Kong-listed Wanda Hotel Development surged 20% early on Thursday after trading resumed following a brief suspension pending an announcement. The stock now trades at a two-year high, though it’s still at just a third of its highs attained during China’s stock market rally of 2013.

Wanda Culture Travel and Wanda Hotel Management are both principally service companies that design and manage theme parks and hotels respectively. As part of the reorganization, Wanda Hotel Development will also dispose of its interests in four companies with real estate holdings in China, the U.S., Britain and Australia to another sister company, Dalian Wanda Commercial, for an undisclosed price.

“After the above transactions, Wanda Hotel Development will become a strategic platform as Wanda Group’s Hong Kong-listed company focusing on theme park and hotel operation and management,” Wanda said in a separate statement.

The overhaul is the latest for Wanda Group, which is trying to build an asset-light leisure and entertainment giant similar to big Western names like Walt Disney Co. and Marriott International Inc., which focus on theme-park and property management for third-party property owners. Such a strategy provides higher margins and requires far less capital than actual property development and ownership, which was Wanda’s original focus.

As part of that strategy, Wanda Group announced a major deal last month to sell its 13 theme parks and 77 hotels to two separate buyers for a combined 64 billion yuan. The company is also being pressured by a heavy debt load accrued through an aggressive domestic and global expansion over the last five years that includes its $2.6 billion purchase of U.S. theater chain operator AMC Entertainment in 2012, and Hollywood studio Legendary Entertainment for $3.5 billion last year.