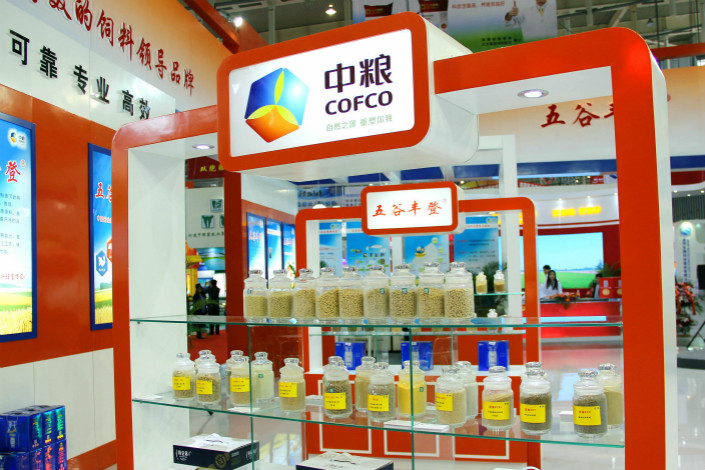 China National Cereals, Oils and Foodstuffs Corp. (COFCO) plans to offer shares in its Womai.com business on Hong Kong's main board. Above, COFCO hosts an exhibition at a fair in Nanjing, Jiangsu province, in April 2015. Photo: Visual China

Food giant COFCO is planning a Hong Kong initial public offering (IPO) for its money-losing e-commerce unit as part of a broader move to separately list its many businesses to better differentiate them for investors.

The listing would see state-run China National Cereals, Oils and Foodstuffs Corp. (COFCO) offer shares in its Womai.com business, which sells groceries and other general merchandise, on Hong Kong’s main board, according to a recently filed company prospectus. No fundraising target was given.

The document shows that the e-commerce site has continually lost money since its founding in 2009 amid stiff competition that has also kept No. 2 player JD.com Inc. consistently in the red. Womai.com posted an 887 million yuan ($133 million) loss last year, and has recorded total losses of 3.34 billion yuan for the three and a half years through the middle of 2017, the prospectus showed.

The company’s revenue grew 59% last year to 2.32 billion yuan. Womai.com predicted it will continue to post losses through 2018 as it spends heavily on expanding its business and new technology.

Backed by the likes of online search leader Baidu Inc. and venture capital company IDG, Womai.com plans to use the funds from its IPO to boost its overseas procurement business, new technology, and also build offline stores. As it diversifies into the overseas procurement area, its core online consumer sales have dropped from its sole revenue source to about two-thirds of the total.

The spinoff would mark the latest for COFCO, a food specialist that was traditionally known for its focus on grains, oils and cereals. Besides Womai.com, the company currently has 10 listed units, including four on mainland Chinese stock exchanges and the other six in Hong Kong.