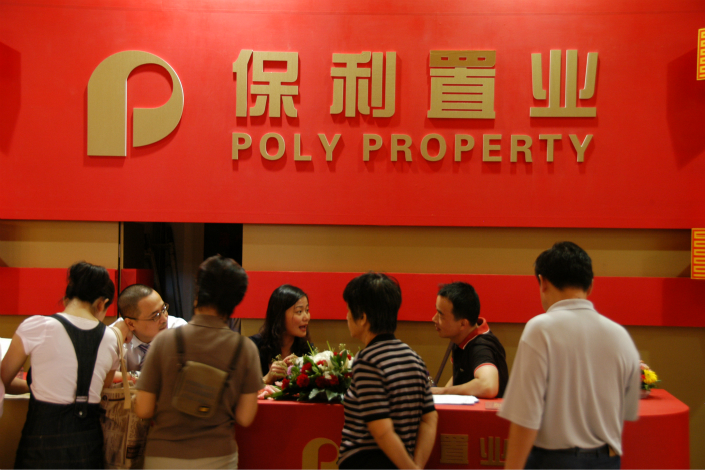 (Beijing) — Military giant Poly Group Corp. is taking over two state-owned trading companies of light industrial products, helping the Chinese government reach its goal for the year early and slim down the number of SOEs to 99.

The country started 2017 with 102 state-owned enterprises, and aimed to consolidate as part of its push to improve their efficiency and competitiveness. The government wanted to reduce SOEs to fewer than 100 by the end of this year, Caixin learned from an internal meeting of the State-owned Assets Supervision and Administration Commission of the State Council in June.

The other consolidation was between China’s major coal producer, Shenhua Group Corp. Ltd., and power generator China Guodian Corp. The two submitted their merger plans to the State Council earlier this month, according to reports. That mega merger would create an energy behemoth worth more than 1.8 trillion yuan ($270 billion).

Since 2008, China has worked to consolidate SOEs, which that year stood at 150. Last year, China combined 10 firms in related or complementary industries to create give five companies. That reduced the number of SOEs from 107 to 102.

The latest companies were themselves created by consolidation. Sinolight was created in earlier overhauls in 2008, when three state-owned investment, trade and manufacturing companies were combined. China National Arts was also created in 2008 from the marriage of an arts and crafts manufacturer and an international trader of such goods.