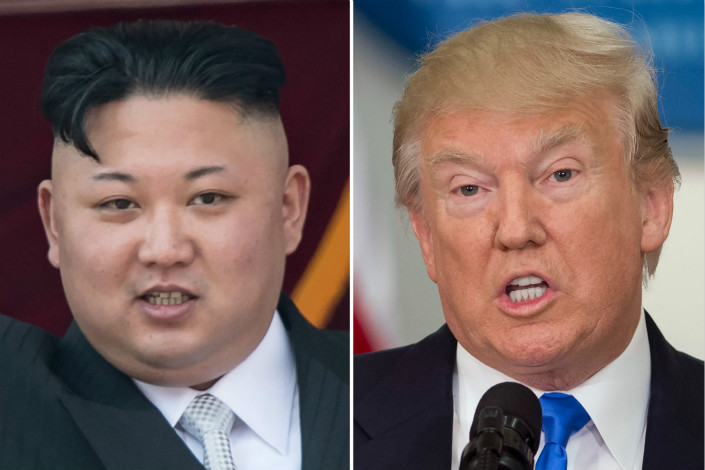 “If Chinese companies or individuals have done anything against the U.N. Security Council’s resolutions, we will punish them according to Chinese laws and regulations,” Foreign ministry spokeswoman Hua Chunying said Wednesday in Beijing during a regular news briefing. “The U.S. move will not help solve the problem.”

“We urge the U.S. side to stop the wrongdoing immediately,” she added.

The U.S. on Tuesday named six Chinese companies and one individual for facilitating North Korea’s weapon development, along with several others in Russia and Singapore. The sanction was meant to demonstrate the U.S. will to punish “violations of U.N. Security Council resolutions,” according to the U.S. Treasury.

“Treasury will continue to increase pressure on North Korea by targeting those who support the advancement of nuclear and ballistic missile programs, and isolating them from the American financial system,” U.S. Treasury Secretary Steven Mnuchin said Tuesday. “We are taking actions consistent with U.N. sanctions to show that there are consequences for defying sanctions and providing support to North Korea, and to deter this activity in the future.”

The U.S. government will block any property held by these companies or individuals in the U.S., and prohibit any U.S. citizens from doing business with them.

The Treasury’s Office of Foreign Assets Control said Dandong Rich Earth Trading Co. Ltd., located in Dandong, a city in northeastern China on the border with North Korea, has supported a North Korean company that works for that country’s nuclear authority.

The Treasury also named three Chinese companies, two based in Dandong and one based in Weihai, Shandong province, for allegedly importing nearly $500 million worth of coal from North Korea between 2013 and 2016.

The coal trade generated more than $1 billion in revenue each year for North Korea, the U.S. Treasury said.

The Chinese government suspended imports of North Korean coal starting from Feb. 19 this year. It was expected to end by the end of December.

On Aug. 15, the Chinese government banned all of its neighbor’s coal, iron ore and seafood from entering China, following the U.N. Security Council’s latest resolution on Aug. 5 in response to North Korea’s missile tests in July.

Chinese foreign ministry spokeswoman Hua also said on Wednesday that China has noticed U.S. Secretary of State Rex Tillerson’s remarks that talks between the U.S. and North Korea in the near future are likely as North Korea has recently shown some restraint in its weapon programs.

But she said the situation on the Korean Peninsula is still highly sensitive and complex, urging the U.S. and North Korea to “take up their responsibilities and mutually express goodwill.”