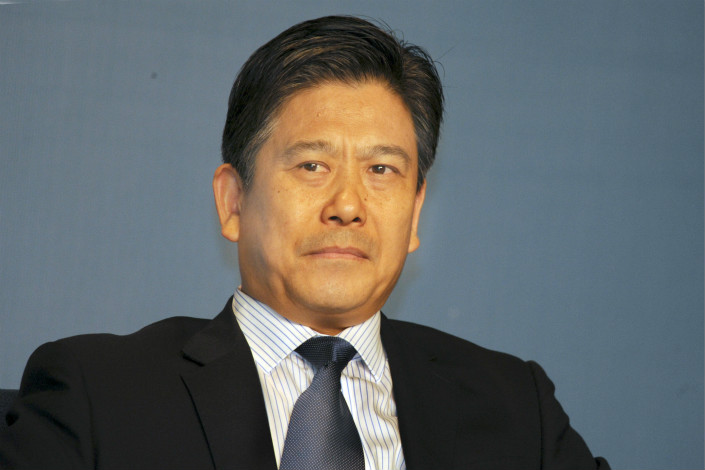 The China Securities Regulatory Commission (CSRC) has named the head of the China Financial Futures Exchange (CFFEX) as an assistant chairman, people with knowledge of the matter told Caixin.

Zhang Shenfeng, 53, CFFEX’s chairman, had worked at the enforcement bureau at the CSRC before joining the country’s futures exchange in 2012.

The appointment was announced by CSRC Chairman Liu Shiyu during his visit to the CFFEX on Thursday, sources said, speaking on condition of anonymity.

It is not known when Zhang will officially start his new role.

During his tenure at CFFEX, the exchange expanded its product portfolio to include five- and 10-year government bonds, SSE 50 stock index futures, and CSI 500 stock index futures. However, the trading of stock-index futures was brought almost to a halt by regulators after a stock market meltdown in 2015, and the curb on trading such derivatives was not relaxed until February.

When Zhang was chief enforcement officer and general director of the enforcement bureau at the CSRC, he led a task force that busted a string of insider trading cases and stock market manipulation.

In July, Zhang published an article in Shanghai Securities News that said a lackluster stock market performance in China was caused mainly by reforms on the ownership structure of listed companies. He argued that as more previously restricted shares are now traded freely in the open market, higher liquidity makes it more difficult for the regulator to stabilize or even boost the market.