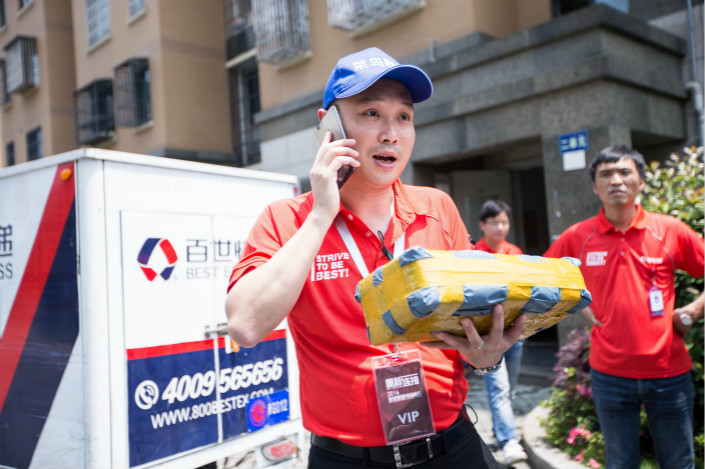 Best Inc., a logistics services provider backed by e-commerce giant Alibaba Group Holding Ltd., has raised the fundraising target for its U.S. initial public offering (IPO) by a third in what could become the biggest listing so far this year for a Chinese company on a New York bourse.

Best, which also goes by the name of Best Logistics, said it now plans to raise up to $1 billion through its upcoming listing, according to an updated prospectus filed with the U.S. securities regulator on Tuesday. That represents a major increase from an original $750 million target disclosed in the company’s first public filing in June and several subsequent filings.

In its latest filing, the company also provided updated information on its performance in the first half of 2017, including 8.1 billion yuan ($1.23 billion) in revenue over the six-month period — more than double the amount from the comparable period a year earlier. Best said it incurred a loss of 625 million yuan in the first six months of this year, slightly narrowing from a loss of 635 million yuan a year earlier.

The deal is being underwritten by five major investment banks, including Citigroup, Credit Suisse, Goldman Sachs, JPMorgan and Deutsche Bank, according to the updated prospectus.

Founded in 2007, Best, which is 27% owned by Alibaba, offers logistical services, including supply chain management and express delivery. Best said it is in good position for growth due to China’s exploding e-commerce market, which was worth $2.8 trillion last year and is expected to reach $5.8 trillion by 2021. Chinese are among the most enthusiastic embracers of e-commerce, as traditional brick-and-mortar retailing is far less-established due to the country’s socialist past that lacked major national chains before the 1990s.

A new IPO would make Best the second major Chinese logistics firm to list in New York. Last year, ZTO Express raised $720 million with its listing in October. But the shares have fallen steadily since then, and now trade about 30% below their IPO price.