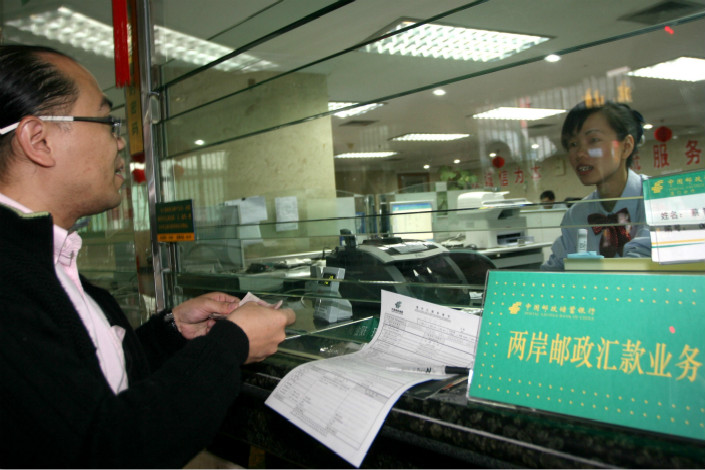 The retail-focused Postal Savings Bank of China Co. plans to sell up to 5.17 billion new A-shares, or 6% of its enlarged share capital, on the Shanghai Stock Exchange. Photo: Visual China

Postal Savings Bank of China Co., a Chinese lender with the most branches, is seeking its second listing on Shanghai Stock Exchange, less than a year after its huge share offering in Hong Kong.

The retail-focused bank plans to sell up to 5.17 billion new A-shares, or 6% of its enlarged share capital, on the Shanghai bourse, it said in a statement Tuesday. It didn’t say how much it plans to raise from the A-share initial public offering (IPO), but Bloomberg reported that the amount could top 20 billion yuan ($3.03 billion).

“In order to maintain a stable and healthy business development in the future and meet regulatory authorities’ increasingly stringent requirements on capital adequacy ratio, it is necessary for the Bank to consolidate its capital strength and set up a long-term capital replenishment mechanism through A Share Offering so as to achieve the preservation and appreciation of state-owned assets,” the bank added.

The plan will need shareholders’ approval before going ahead, it said.

Postal Savings Bank raised $7.4 billion in its Hong Kong IPO in September 2016, the world’s largest share sale after internet giant Alibaba Group Holding Ltd.’s $25 billion IPO in 2014. After offering the shares at HK$4.76 (61 U.S. cents) each to investors in Hong Kong during the IPO, the stock is now trading at HK$4.80 early Wednesday, up 3% from the previous session.

The lender boasts an extensive customer base in China, with more than 39,000 branches covering all major cities and nearly 98.9% of the country’s suburban and rural areas, according to the bank’s first-half earnings report.

Net interest margin, a key indicator of the bank’s profitability, expanded to 2.31% in the first half from 2.24% in the first quarter, as it extended more loans that offer better returns than bond investments. Together with higher fees and gains on securities sales, the bank’s net profit rose 14.5% to 26.6 billion yuan during the first half, while total assets grew by 3.37% to 8.5 trillion yuan.

Its credit quality stayed relatively healthy. The bad-loan ratio was at 0.82% by the end of the first half of 2017, nearly half of the industry’s average of 1.74% as of the end of June.