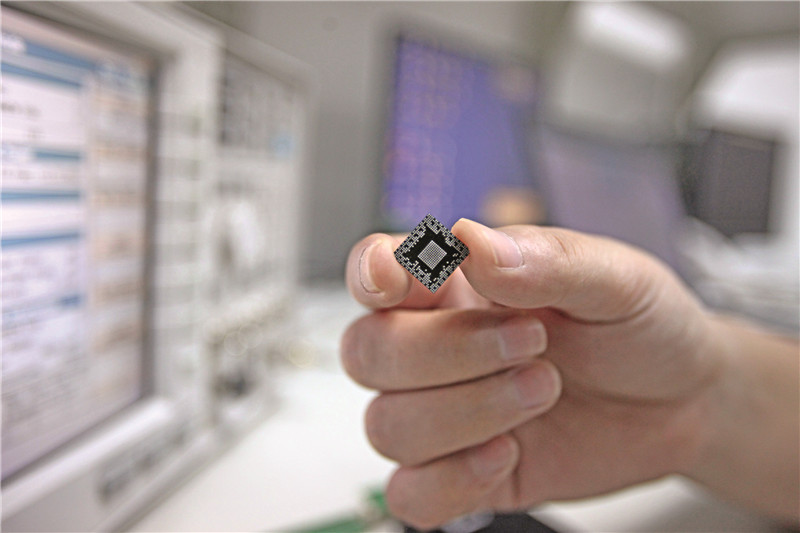 Samsung joins a number of global heavyweights in setting up chip plants in China, as the nation aims to become a semiconductor superpower in the expanding digital economy. Photo: Visual China.

Samsung Electronics Co., the world’s biggest memory chipmaker, agreed to invest $7 billion in a factory in northwest China’s Shaanxi province, getting on board with the country’s microchip investment push.

The investment over three years will expand the South Korean tech giant’s chip production plant at the Xi'an Hi-Tech Industries Development Zone. Samsung signed an agreement covering the investment with the Shaanxi provincial government on Wednesday.

The expanded plant will meet growing demand for the NAND flash memory chips that power everything from smartphones to connected appliances, the Shaanxi government said in a statement, without mentioning the amount of capacity to be added.

Samsung joins a number of global heavyweights including Taiwan’s TSMC and U.S.-based GlobalFoundries in setting up chip plants, often called fabs, in China, as the nation aims to become a semiconductor superpower in the expanding digital economy. Some 17 new fabs have been recently announced to be built over the next two years, according to industry tracking firm TrendForce.

As a manufacturing hub, China is already the world’s largest consumer of microchips. But the country imports the majority of those chips from big global designers like Qualcomm and Intel, which earn big profits from their sophisticated intellectual property.

Beijing has earmarked billions of dollars to develop the nation’s microchip sector in a bid to move up the value chain. Local governments are also offering their own incentives to lure new investors.

Samsung invested $10 billion in 2012 to build the existing chip plant with a monthly capacity of 100,000 units of NAND flash chips. It was then Samsung’s largest overseas investment.

The project attracted more than 100 supporting companies to the industrial zone and helped build a complete semiconductor supply chain in Xi’an, according to the government statement. The Shaanxi government said it plans to build up a 100 billion yuan semiconductor industry cluster based on the Xi'an Hi-Tech zone.

Samsung first revealed its Xi’an investment plan in early July and said in a regulatory filing Monday that its board approved the first $2.3 billion tranche of the investment.

As a leading player, Samsung accounted for nearly 40% of global NAND flash memory chip revenue in the second quarter this year, according to the latest data from London-based researcher IHS.