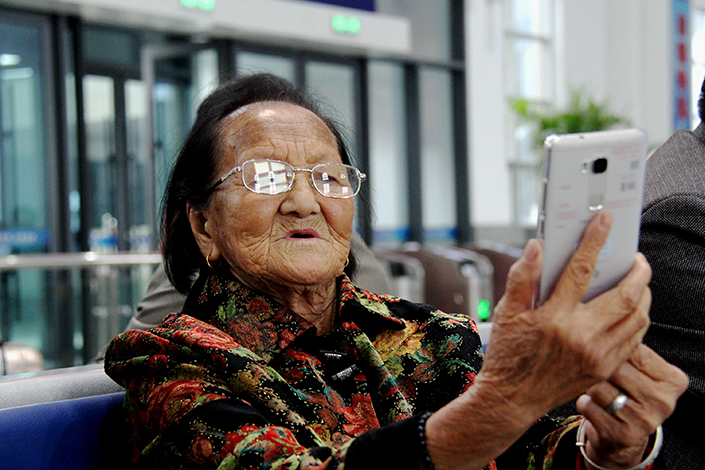 The Chinese trio of Huawei, Oppo and Xiaomi took more than 25% of the global smartphone market in the second quarter as they expand further abroad. Photo: Visual China

Chinese brands consolidated their place as the world’s fastest-rising force in the global smartphone market, accounting for more than a quarter of sales on a rapid expansion beyond China, according to new data from global research firm IDC.

At the same time, the latest results also showed that leading Chinese brands Huawei and Oppo made strong gains both at home and abroad, while former high-flyer Xiaomi returned to the global top five as its recent turnaround takes hold.

The overall global smartphone market contracted 1.3% in the second quarter of this year, including a 0.7% decline in China, the world’s largest market, accounting for nearly a third of sales worldwide, according to IDC. Smartphone makers shipped 341.6 million devices globally in the three months through June, compared with 346.1 million a year earlier.

Samsung and Apple led the global list, as both made small year-on-year gains of about 1.5% to finish first and second, respectively. But the Chinese trio of Huawei, Oppo and Xiaomi made much larger gains of 20% or more, finishing third, fourth and fifth, respectively. Collectively the trio now controls 25.6% of the global market, up sharply from their 19.8% share a year earlier. The top five players made their gains at the expense of smaller companies, whose share plummeted 16%.

“The biggest change in the second quarter is the size of the contraction among the ‘Others’ outside of the top five,” said IDC’s Ryan Reith. “It’s no secret that the smartphone market is a very challenging segment for companies to maintain or grow share. … The smaller, more localized vendors will continue to struggle, especially as the leading volume drivers build out their portfolio into new markets and price segments.”

China has spawned a new group of major smartphone manufacturers that have fed off a huge home market and taken advantage of maturing technology that has lowered barriers to entry. But that same domestic market that fueled their early growth has become fiercely competitive, prompting the larger players to look abroad.

The latest IDC data show that Huawei now gets about 40% of its sales from markets outside the Chinese mainland, while Oppo and Xiaomi get 28% and 33%, respectively.

Within China, Huawei Technologies Co. Ltd. led the pack with 21% of the market, consolidating its place as the leading player. It was followed by Oppo Electronics Corp., Vivo and Xiaomi Inc. in that order, posting gains of 10% to 25%. The only foreign company in the top five was Apple Inc., which was also the only company to report a sales decline of 7.6%. IDC reported that figure a day after Apple’s own latest quarterly report showed its Greater China sales fell 10% for the three months through July 1, as it suffered from a lack of new smartphone models.